BWF Encourages ‘Sport For All’ Through Charity Coaching Clinic 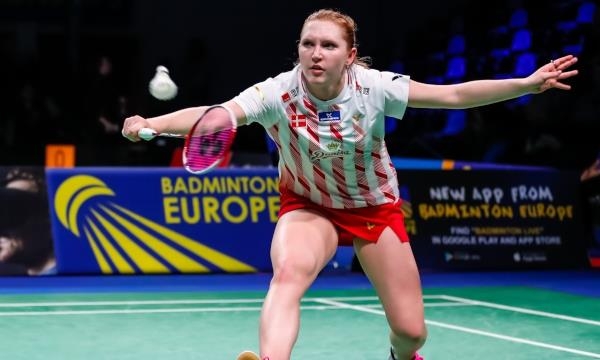 After a long second round of matches, we now know who will be in the quarterfinals tomorrow morning.

There have been some more shocks with the number two seeds of Women’s Doubles, Bengisu Ercetin/Nazlican Inci being eliminated after being beaten by their Japanese opponents.

Also out of the tournament, is Beatriz Corrales who had to retire towards the end of her first game against Crystal Pan from Malaysia.

Julie Dawall Jakobsen was on course to join the shocks of the day when she was led by one game to nil against Fabienne Deprez, 18-21.

The Dane showed her qualities though in the second game and managed to win 21-17 before the third and final game was a convincing win for the number five seed as she won 21-12.

I am going to play Aliye Demirbag, tomorrow and I lost last time, so I am hoping to win and I am glad to have won the quarterfinals.

The battle of Britain

Both pairs came through tough matches today on the right side and it is fair to say that they are all looking forward to the match.

— We have an idea how we are going to play but we won’t give away too many tactics but we will have a plan, Adam Hall said.

— We have not played them yet as a partnership so it will be interesting to see how it goes, we are looking forward to it. We chat off the court too, but tomorrow is all about business, Peter Briggs told Badminton Europe.