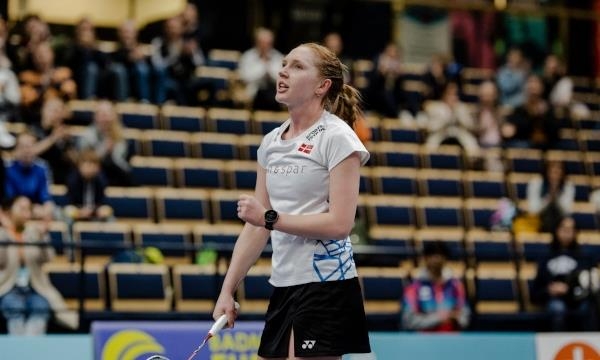 The Finnish Open has come to an end for this year and out of the five Europeans in the finals. Julie Dawall Jakobsen is the one to fly the flag for Europe at the end of today.

The Women’s Singles player won in straight games to beat Porntip Buranapraserstsuk in the third match of today.

Other Europeans who played today but were not able to win included Mathias Bay-Smidt/Rikke Søby in Mixed Doubles as well asJones Ralfy Jansen and Peter Kaesbauer in Men’s Doubles.

Also winners today are Kunlavut Vitidsarn who won the Men’s Singles final as well as Erina Honda and Nozomi Shimizu.

Jakobsen managed to become the first European from today’s finals to win against a tough Asian opponent.

The Dane took the first game in a reasonably comfortable style, winning 21-18 to give herself the momentum going into the second.

The next game was not as straight forward for Jakobsen, and Buranaprasertsuk came back into the game but the Dane used her qualities to make sure that she would bring the title home to Denmark, winning the second 23-21.

The first game was as close as it could have been, virtually point for point at the end but Kusharjanto and Kusamawati were able to take the game with a score line of 22-20.

The second was much more straightforward for the Danes and coming from behind, they managed to win the game 21-15.

Going into the third game, it could have gone either way but, the pressure from the Indonesian opponents looked enough for them to win and they did so, taking the match and the title with a in the third game.

Not the same result as in Poland

Jones Ralfy Jansen and Peter Kaesbauer fell short to the Indonesian opponents who they beat at the Polish Open last week.

The Germans went into this one having beaten a strong Chinese Taipei pair yesterday, but it just was not to be.

The first game was very one sided until the end when Jansen and Kaesbauer found energy to reduce the deficit, but they were not able to stop a 21-17 win for their opponents.

The second game was much of the same, with the Indonesians taking control of the match to win by the same score in the second despite a late attempt of a comeback from the Germans.