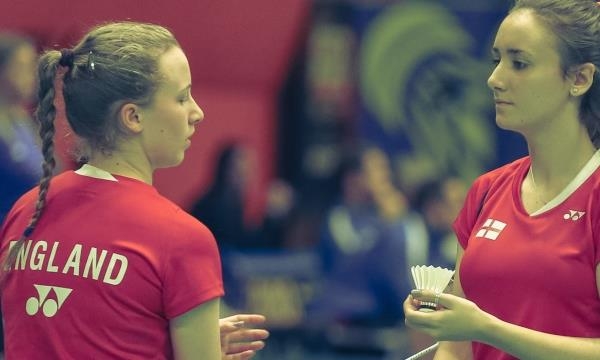 Hope Warner has revealed to Badminton Europe that she is hoping to go as far as she can in the Women’s Doubles and Mixed Doubles at the 20TH VICTOR Dutch International.

The Dutch International begins tomorrow, with the qualification rounds before the main draw gets underway on Friday.

Hope Warner, who will compete in Mixed Doubles and Women’s Doubles at the tournament with Rory Easton and Abbygael Harris, is hoping that she can get off to a good start as she returns to tournament badminton.

— I am really looking forward to getting started at the Dutch International — my last tournament was about a month ago, so I’m excited to be competing again, Hope Warner said.

The 17-year old who has been nominated for the BEC Shot of the Year, which will be announced in Kiev at the BEC Gala in two weeks, is focusing on her performance in the Netherlands.

— I’ve been doing a lot of hard training in the meantime, on and off the court, so I’m feeling good going into this tournament!

— Obviously, it would be nice to win a few games here in the Netherlands, so I am going to focus on doing everything I can to perform well, she added.

On the possibility of playing the holders in round two: — For me that would be a very good opportunity, to take on the top seeds, but first, we need to concentrate on our first round and make sure that we perform as best we can, she said.

Looking to impress in qualification

Warner and her Mixed Doubles partner Rory Easton will be playing in the qualification of the Dutch International tomorrow, but they are ambitious about their chances.

— Rory and I are third seeds in qualification so we play tomorrow afternoon, we are going to try our best to win as many games as we can, Warner said.

— We are also wanting to improve our own individual development areas and see how far we can progress into the tournament! The 17-year old commented.¨

Find all information about the International Series tournament, such as the draws and the match plans here