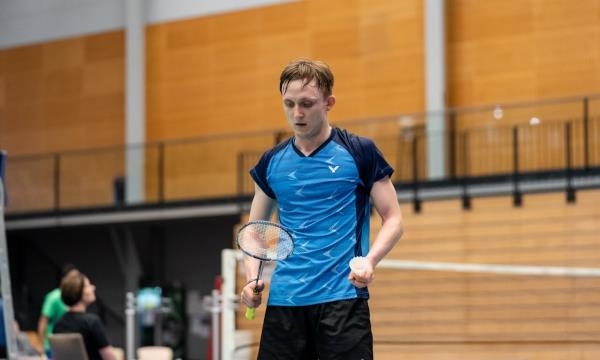 The quarterfinals of the LI-NING Denmark Challenge have come to an end with a number of Europeans left in the competition.

Today’s shocks have come the way of Rasmus Gemke who found himself beaten by Kai Schaefer over three games, as well as Chloe and Sam Magee getting knocked out to Ronan Labar and Anne Tran from France.

Kai Schaefer is in the semi-finals of the LI-NING Denmark Challenge after getting the better of his opponent, Rasmus Gemke over three games.

The German went one game up in this one by winning 21-19. After dominating the majority of the first game, Shaefer lost a bit of pace and ended up getting taken to a third game, losing 14-21.

The third game was then managed excellently by the German, leaving his opponent with a lot of work to do and ended up winning 21-17.

This is not the first time that this has happened. Back in 2017 at the Spanish International, the same situation occurred, a three-game match won by the German.

The 25-year old spoke to Badminton Europe after the match and was pleased with his performance, and the fact that he kept a 100% record against the Dane.

— I felt very tired after yesterday, with two, three-set matches, but I knew that I won the last match against him as well, so I knew he could be a bit nervous and he knows I can play well, Shaefer said.

— I started well, and from then on I got into my flow, my rhythm and controlled the match,
especially in the third when I was playing very patient but very aggressive, he added.

What do the semi-finals hold?

The first matches that get underway this evening will be the Mixed Doubles, on courts 1 and 2.

The top seeds, Ben Lane and Jessica Pugh are up against Ronan Labar and Anne Tran who managed to beat the Magee siblings this morning.

The matches for this evening, you can view, here.