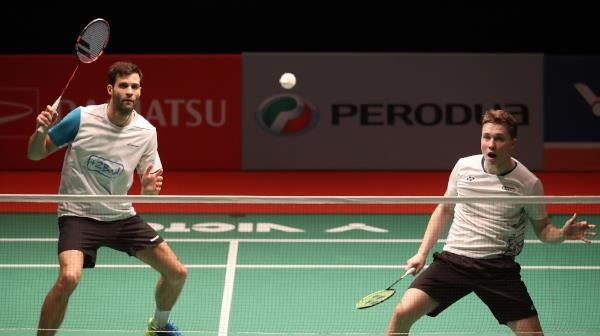 If you like close three-game matches, then the semi-finals at the LI-NING Denmark Challenge had it all.

From the start to finish of the evening, there were matches going to three games on both courts, making it an exciting spectacle for all involved.

An All France final in Mixed

Ronan Labar and Anne Tran are into the final after beating Ben Lane and Jessica Pugh and will play Thom Giquel and Delphine Delrue after they beat Niclas Nohr and Sara Thygesen, over three games.

It has been a good day for France despite the French Men’s Doubles Ronan Labar and Thom Giquel falling short to Japanese opponents in the semi-final, with some controversy at the net towards the end.

Good day at the office for England

Two out of three matches involving English players have resulted in a final tomorrow in Women’s Doubles and in Men’s Doubles.

— We are really happy with the way we have played today, we really took our game to the court, Lauren Smith told Badminton Europe.

— I and Ben have been playing very well lately so despite a tough matchup I believe we will give our Japanese opponents a good match tomorrow, Sean Vendy said after his match.