Stoevas: We are here to win 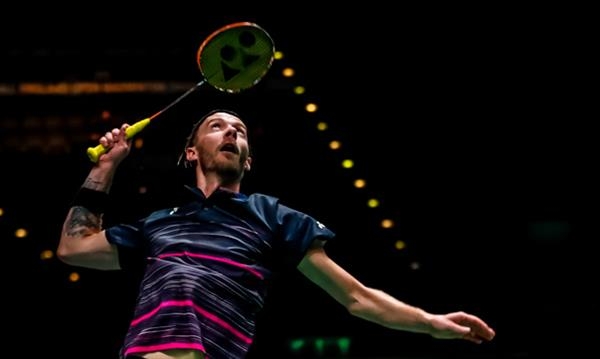 For the first time since All England in March the Danish men’s doubles star walked onto court.

It has been 16 years since Carsten Mogensen played his last match on the BEC Circuit. Thursday night the badminton fans in Léuven got the chance to watch one of the living European badminton legends on court.

— It was really good to be back on the court again. I have been looking forward to this tournament. Since Mathias (Boe) split up I have been waiting for Mads Kolding, who has a serious injury. We talked about just playing a tournament, and that is the reason why I am here with David, Carsten Mogensen stated.

Want to play ‘many more years’
Carsten Mogensen and Mads Kolding are entering the Dutch Open in October, and the former Olympic medallist has no plans on retiring.

— I like to play badminton. It is also fun to practice, but this (playing at tournaments) is more fun, and now I can try to teach David a few things on court, and when you win it is never boring, Mogensen said.

— I am still motivated, and I would like to play many more years, although I am “old”, he added.