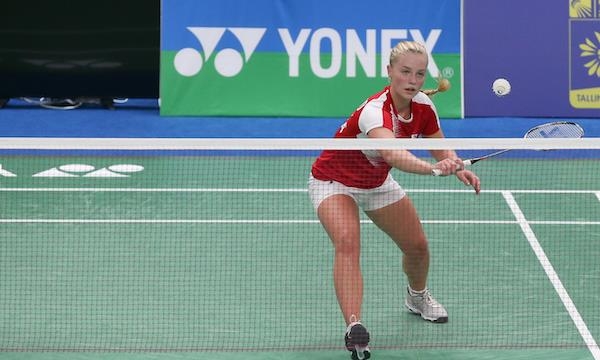 An English and a Danish pair will take part in the mixed doubles final at Belgian International.

The English top seeds, Ben Lane and Jessica Pugh, are ready for the finals at the Belgian International. There was no doubt about the result in the semifinal against Germans Jones Ralfy Jones/Kilasu Ostermeyer. The English won in straight games 21-17 21-10

— I think we played well this evening and we stuck to our game plan. After the first 11 points it was very tight, so we knew we had to stick with them because they were playing well, Ben Lane said.

Danish underdogs
Mikkel Mikkelsen and Amalie Magelund are playing their first international tournament together, and they are on a good run in Léuven. In the semifinal they beat countrymen Iben Bergstein/Emil Lauritzen 21-10 21-14.

— We had a better movement on court than they had. We did it on the tempo today, Mikkel Mikkelsen stated.

— Ben and Jessica are quite good on the first three, and they have a right-left combination, which sometimes are tricky, he added.

— It is nice to go into the finals as the underdog, so hopefully we will play as well as we did today, Magelund said.

See all the results from the semifinals here