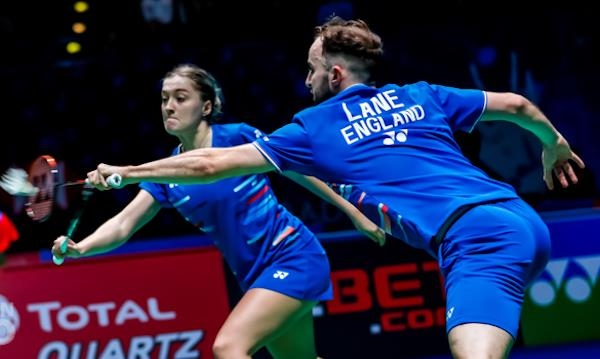 Jessica Pugh and Ben Lane, England, are seeded as number one at Belgian International, and in the final against Amalie Magelund and Mikkel Mikkelsen, Denmark, who play their first international tournament, the English dominated.

The top seeds were off to the perfect start taking the lead 8-2. The rallies were mostly short throughout the first game, which Pugh and Lane won 21-12. The beginning of the second game was better for the Danes, but it was still the English controlling and leading, 11-8, at the interval.

— I think it was a solid match. We stuck to the game plan most of the time. We played a very good match and was well prepared, Ben Lane said.

— We made too many mistakes. They played at a high level, and we could not keep up with that today, Amalie Magelund sated.

Always good in the finals
In 2019 Pugh and Lane now have won Polish Open, Spanish International and Belgian International.

— We are working really hard and our game is starting to come together. We really know how we play and how we win matches. If we prepare well, we know that we can beat these people on this level, Jessica Pugh stated.

— We prepare so well for finals. I actually do not think that we have lost a final yet, she added.

See all the results from the finals here