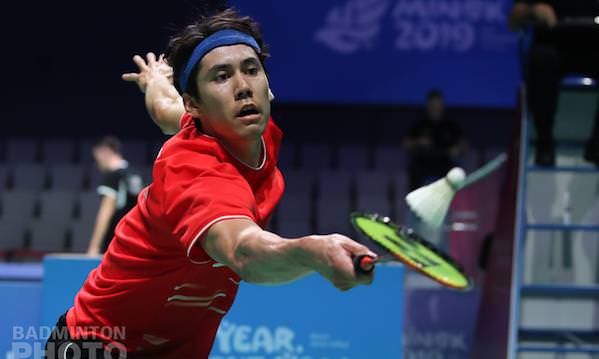 In the first round of the International Challenge event, Burestedt faced Kalle Koljonen from Finland. He retired after losing the first game 19-21 and Burestedt leading 3-1 in the second game, sending Burestedt through to the next round after playing only one game.

In the second round, the Swedish player played Lino Munoz from Mexico. Munoz won the first game 21-19, but Burestedt came back strongly and won 21-8. With Burestedt leading 11-3 in the decider, Munoz retired and Burestedt was now through to the quarterfinals.

The first whole match he got to play was the quarterfinal against Christo Popov from France. Here, Popov won the first game 16-21, but Burestedt came back to win 22-20 in a close second game. The CoE player won then went onto with the decider 21-14 and now Burestedt was sure of a medal.

He reached the semifinals, where he faced Toma Junior Popov from France, Christo Popov’s big brother. Popov was the stronger player and won in straight games 21-18 21-19. Popov ended up winning the tournament by beating Spain’s Pablo Abian 21-10 24-22 in the final.