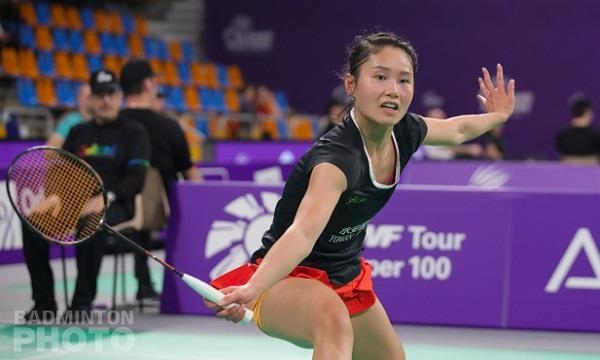 The European Elite Circuit Ranking is updated each week with the latest tournament points players have collected from the circuit. This week, in three out of the five badminton events, we have new faces at the number one spot.

In the men’s singles, we saw Toma Junior Popov leap from third to number one. This was due to a big title win at the Irish Open, followed by a solid quarterfinal result at the Scottish Open last week for the French rising star.

It was another French player who topped the rankings in the women’s singles. Qi Xuefei rose from second to first after sensationally winning both the Irish and Scottish Open. Following close behind is Denmark’s Julie Dawall Jakobsen, who was runner-up to Qi in Ireland, and then reached the semifinal last week at the Scottish Open, meaning she went from third to second.

Plenty of points
The third new number one was seen in the women’s doubles, where Sweden’s Emma Karlsson and Johanna Magnusson jumped up from second to first. This was due to yet another solid performance by the pair in Glasgow, reaching the semifinal.

There was significant movement in the mixed doubles, with Mathias Bay-Schmidt and Rikke Søby moving from fourth to second after a great runner up result in Scotland. A brilliant home tournament semifinal run by Scotland’s Adam Hall and Julie Macpherson gained them plenty of points, which led to a welcome jump from sixth to third.

Lastly, in the men’s doubles, again due to impressive recent displays from a Scottish pair. Adam Hall and Alexander Dunn were runners up in Ireland, but then had a terrific title win on home soil, meaning they surged from seventh to third.