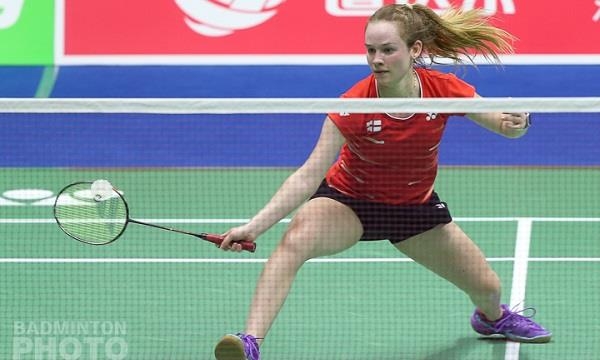 Abigail Holden and Lizzie Tolman were eager to win their first title at the Welsh International, especially after losing in the semifinals here in Cardiff last year. But their fellow English players Freya Redfearn and Hope Warner, a new English pair, were able to deprive them of such a success.

Holden and Tolman bounced back from a game down and a five-point disadvantage to claim their first title together.

-It feels really good to win this title. We weren’t expecting to win the tournament, but we were really pleased with the way that we played, and it was a nice surprise to win, Holden said.

-At the start of the final we were quite nervous, and we weren’t playing the way we wanted to play. We still believed we could win when we were down and luckily, we managed to find our level. I’m pleased we could turn it around, she added.

Hope Warner twice within reach of the title
18-year old Hope Warner, gold medalist at the 2017 European U17 Championships in mixed doubles, was runner-up in the women’s doubles. Similarly, in the mixed doubles with Matthew Clare, who won here last year, they succumbed to Scotland’s Alexander Dunn and Ciara Torrance, 21-14 20-22 21-17.

To see all the results from the Welsh International 2019, click here.