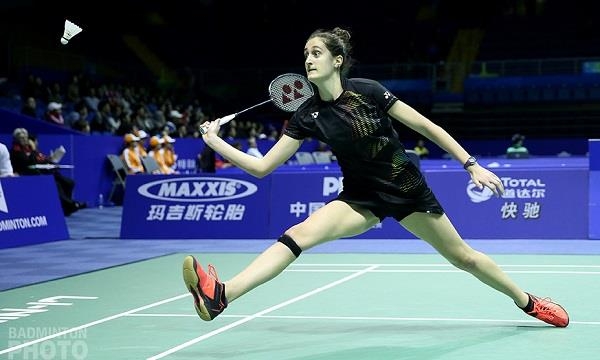 21-year-old Clara Azurmendi from Spain retained her 2018 title by defeating Germany’s Fabienne Deprez on Saturday at the Welsh International in Cardiff.


The Welsh International, an International Series, took place last week in the Sport Wales National Centre. It was a good opportunity to collect titles and points for the international players.

In the women’s singles final, two seeded players squared off. Fabienne Deprez, ranked 68 in the world, and defending champion Clara Azurmendi, at 73 in the world. They are close in the world ranking, but there was a 3-0 head-to-head record in favor of the German. Despite this, the Spaniard overcame this challenge and won the match in two straight games, 21-14 21-16. This added to Spain’s women’s singles title win at the Syed Modi International by Carolina Marin.

— It was a good weekend for Spanish badminton, said Azurmendi.

— Before the match, I knew it will be a tough match, so I prepared a good plan and I just followed it during the match, she added.

Commenting on what’s next, Azurmendi finished by saying.

-Now I have two weeks before the last tournaments of the year to recover and prepare well to finish the year with good feelings and be ready for a better comeback in 2020. I want to climb in the world ranking and start playing top level tournaments. I will be very focused for the European Championships in April too.

The next goal is to win an International Challenge
The men’s singles draw was more open after the second round. All seeded players, including the defending champion Luis Enrique Peñalver and the 2018 runner-up Alex Lane from England did not survive their opening or second matches.

— It has been a great couple of months for me. I think it comes down to some good training over the summer which has boosted my level and my confidence. It feels great to be winning tournaments and hopefully I can continue in the new year, stated Holm.

Asking about his performance, he responded


— My Performance in the final was almost perfect. I had a good game plan from the start, and I managed to stick to it throughout the match.

— I only have the Italian International left this year. My aim is to reach the top 100 quite quickly and then push on towards the top 50. The next goal is to win an International Challenge and maybe start playing stronger tournaments like Super 100 or Super 300, he added.

To see all the results from the Welsh International 2019, click here.