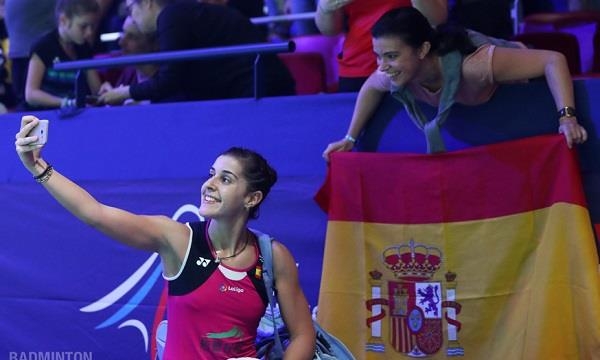 The entry list for the Italian International which commences tomorrow is full of big-name players. The crowd in Milan will have a lot to look forward to this week.

In the women’s singles, the number one seed is reigning Olympic Champion, Carolina Marin. The 2013 Italian International winner would ordinarily be playing at the BWF World Tour Finals but did not qualify due to a lengthy injury. Since her return, she has won the China Open and Syed Modi International and now looks to Italy for another title before Christmas. She faces Martina Repiska of Slovakia in the opening round.

In the men’s singles, double title winner from 2011 and 2017, Pablo Abian, will be looking to secure a third win. Although he will have to contend with a strong draw with the likes of 2015 winner and number one seed, Brice Leverdez, and Irish Open winner, Toma Junior Popov, who defeated him in that final in Dublin.

Vying for the treble
In the men’s doubles, there is much interest in qualification, as we have the new pairing of former world number one, Carsten Mogensen and 2016 European champion, Mads Pieler Kolding. They will likely have to overcome the Russian pairing of two highly ranked mixed doubles men in Rodion Alimov and Evgenij Dremin, who are practising solely for the European Men’s and Women’s Team Championships 2020.

The winner will enter the main event on the same side of the draw of the number one seeds Vladimir Ivanov and Ivan Sozonov.

Russia’s top women’s doubles pair of Alina Davletova and Ekaterina Bolotova have the opportunity to win this title for the third time in a row. Although this year, the second seeds will have to overcome the threat of 2015 winners Gabriela and Stefani Stoeva.