A comfortable first round win for Marin 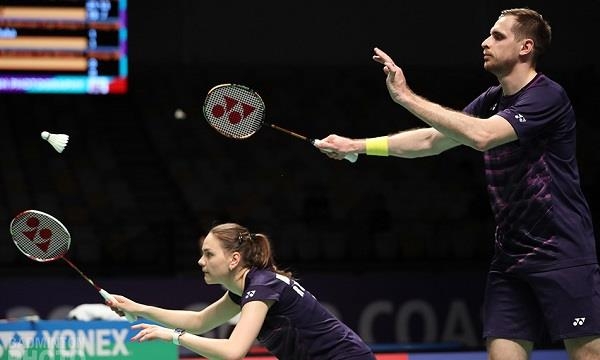 The returning mixed doubles pair of Vladimir Ivanov and Ekaterina Bolotova have qualified for the main draw of the Italian International in Milan.

Ivanov, despite playing and winning the mixed doubles at last year’s Russian Open with Koreas Kim Min Kyung, the last time he has played with Bolotova was a four-tournament run in 2017.  Bolotova too played mixed doubles in 2018, the highlight being a runners-up spot at the Dubai International with Denis Grachev. In Italy, they will be reuniting and hoping to win their first title together.

In qualification, they defeated the German pair of Hauke Graalmann and Annabella Jaeger 21-11, 21-16 in just 24 minutes. In the main draw, they are due to play another qualifier. Looking ahead to the second round, their likely opponents would be the fourth-seeded Scottish Open semifinalists Adam Hall and Julie Macpherson.