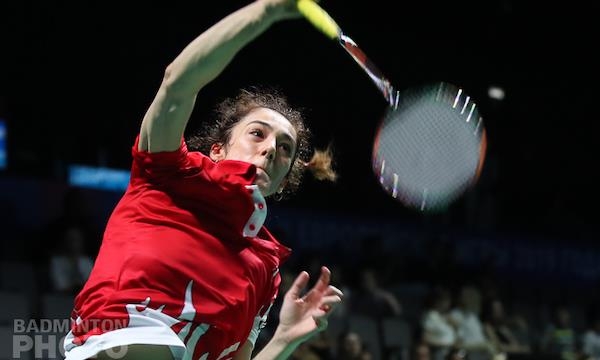 The home soil favourites did a perfect job at the Turkey Open.

The expectations are high when the local women’s singles and women’s doubles players are walking on court at the Turkey Open. Last week in Ankara it was not any different, and that was with good reason.

Neslihan Yigit has over and over again shown that she has the skills to do good on the European Circuit, and in the all-Turkish final against Aliye Demirbag the top seed once again performed to her better level.

Youngsters on top
Two of the biggest European women’s doubles talents are Bengisu Ercetin and Nazlican Inci from Turkey. The 2018 European Junior Champions won the Bulgarian Open 2019, and they finished the year in the best possible way.

The two youngsters won in straight games, 21-13 21-15, against countrymen Zehra Erdem/Ilayda Nur Ozelgul. It is the second time Ercetin and Inci claim an international title on home soil after winning the Turkey International in 2017.