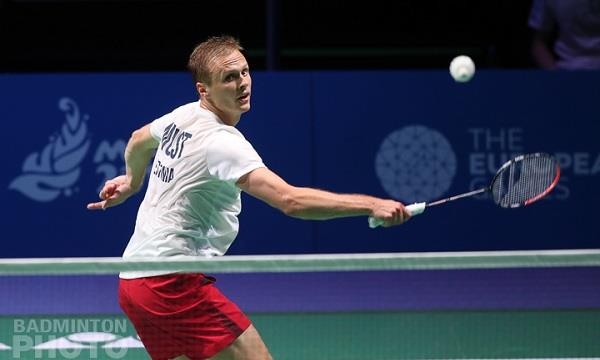 Beckoning in the new year on the BWF World Tour is the second senior tournament of the year, the Yonex Estonian International 2020. Plenty of players will be looking to make a great start to 2020 and the beginning of the new Badminton season.


The men’s singles sees some interesting seedings with former winners in previous years and the winner of the last BWF tournament of 2019 all being seeded. Led by Lucas Claerbout of France who won the International in 2018, he’ll be looking to regain the title he failed to hold last year.


Spain’s Luís Enrique Peñalver who won the last tournament of 2019, the Turkey Open, will be hoping to make it two titles in two tournaments and is second seed in the event. Kalle Koljonen of Finland, the third seed, is aiming to end a dry run which leaves him without a title since 2016.


All eyes will be watching the home legend, Raul Must who sits as fifth seed, and has a chance to make it his fourth win at his home event. Raul Must proved he still has what it takes to compete at the top by claiming the bronze medal in last year’s European Games.

French ladies tour de force
France has a strong presence in both women’s and mixed doubles, sporting three and six pairs respectively. Three of the top four seeds go to France in the mixed doubles. Eloi Adam and Margot Lambert are second seeds, William Villeger and Sharone Bauer as third and Fabien Delrue and Vimala Heriau as fourth seeds.


The mixed doubles seedings is led by Tadayuki Urai and Rena Miyaura of Japan. Despite having only one title to their partnership from 2018, 2019 saw them consistently reach quarter and semifinals in competitions.


Women’s doubles is topped by Vimala Heriau and Margot Lambert of France and seconded by the defending champions Julie Finne-Ipsen and Mai Surrow of Denmark. The ones to watch will be the young sisters from the USA, Ariel Lee and Sydney Lee. Aged just 20 and 19 respectively they’ll be looking for their first-ever senior international title.


Read: Jansen and Kaesbauer into the main draw after big win


Women’s singles seedings is led by home player, Kristin Kuuba. With a medal-less 2019 behind her, she’ll be aiming for gold on home soil and a return to winning ways emulating her standout 2018 season.


-The level is high and there are a lot of strong players this year because of the Olympic qualification. But I really want to show my best game in front of the home crowd, and I think my chances are good if I can show my best level. Kuuba says.


She’ll be challenged by the second seed, Crystal Pan of the USA and the third seed Clara Azurmendi of Spain whom she’s beaten once before.


Godwin Olofua and Anuoluwapo Juwon Opeyori of Nigeria are first seeds for men’s doubles and they could find themselves stiff competition in their first match against home players Sander Merits and Mihkel Talts. Koceila Mammeri and Youcef Sabri Medel of Algeria are second seeds with Czech Republic pair Jaromir Janacek and Tomáš Švejda as third seeds. The ones to watch could be Eloi Adam and Julien Maio of France who claimed two titles last year on the senior circuit.