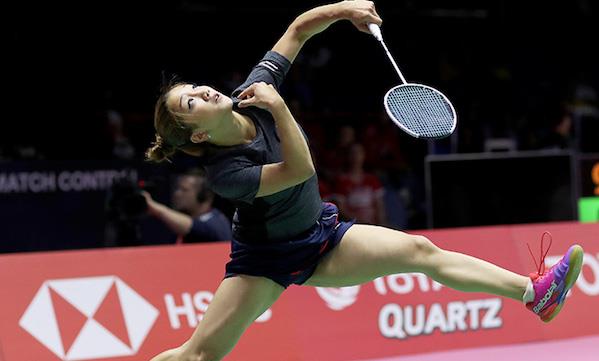 Some of the CoE players have found their way to Kalevi Spordihall, where they are playing the Estonian International, the first European tournament of the year.

Milan Ludik from Czech Republic was the first CoE player to go on court in Estonia. He was playing Danylo Bosniuk from Ukraine. First game went to the Ukrainian player, but Ludik managed to win the second game sending the match into a third game. Unfortunately, due to a lot of mistakes and a strong Ukrainian performance ended with Ludik losing the match 15-21 21-19 13-21.

Irina Amalie Andersen from Denmark was on court shortly after Ludik, where also she faced a Ukrainian player, Maria Ulitina. Andersen struggled with the Ukrainian player and she did not manage to make enough points to win the match. She narrowly lost 20-22 19-21.

Kate Foo Kune, the women’s singles player from Mauritius, was the last CoE player to go on court, and the pressure for a CoE player in the second round, was now on her. She played Wiktoria Dabczynska from Poland. Foo Kune was leading almost the entire match and also ended up winning 21-16 21-11 sending her through to the second round, where she will play Kristin Kuuba.

— It is a very slow hall here, because it is quite big. So, it was my tactics to really move my opponent. I am quite a small player, but she was even smaller, so that was an advantage for me.

As it is the first tournament of the year, not a lot of the players have the biggest expectations. The same goes for Foo Kune.

— Not really as I am back on the circuit very recently, so right now it is just about trying my best and get back into my game and to enjoy the badminton, she ends.