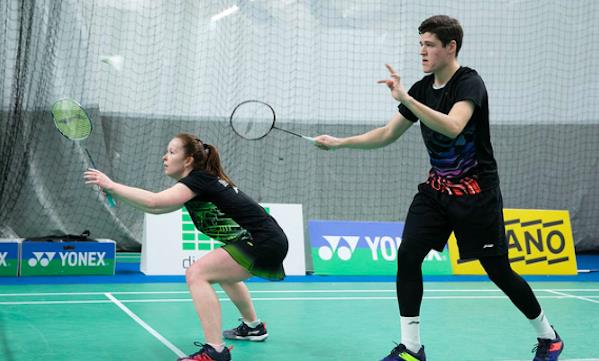 The quarterfinals at the Estonian International 2020 has begun and the first pairs who will join the semifinals have already been found.

Nielsen and Bugtrup were playing Chiang Chien-Wei and Lin Chih-Chun from Chinese Taipei. The Danes were strong in the first game and after only 10 minutes, they have won the game 21-12.

The other way around it was in the second game were the Chinese Taipei players made a comeback winning 21-15 and sending the match into a deciding game. The third game was close all the way until around 13-13, where Nielsen and Bugtrup made a few quick points and managed to control it to the end of the game and winning 21-17.

— We started off really well, but then in the second game we had moments where we lost 4-5 points in a row and could not keep the focus and the control. In the third game we were a little bit lucky, we kept on fighting and I think that was why we won the match, Nielsen stated.

From singles to mixed

For Sebastian Bugtrup, who normally play the singles, it can sometimes be a little hard to separate the two categories as he also states himself.

— For me it is really fun to play, because I am normally a single player. It is fun to play with Isabella and perform well here in the quarterfinal and I am proud to be through to the semifinals.

— Sometimes I maybe play a little too much single in my mixed double, but it is fine.

In the semifinals later today they will play the eight seeded Japanese Yujiro Nishikawa and Saori Ozaki.