Into the main draw 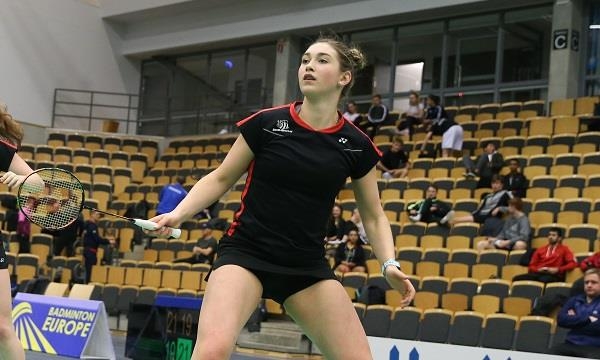 Round one got underway in Tallinn at the Estonian International today, and we already have the prospect of a brand new pairing reaching the quarterfinals, as we have a round two clash later on today between the Dutch fifth seeds Ties Van Der Lecq and Imke Van Der Aar and Swedes Hannes Svensson and Berfin Aslan.

Van Der Lecq was very pleased with their debut performance finishing 21-13, 21-12 against home Estonian pair, Kaljurand and Piho, and said.

-I think it was okay. It was a good first match to get the rhythm of the tournament. I didn’t really know the opponents, so I went into the match blank, so it went okay.

In addition to them being a fresh pairing, for Van Der Aar it was a special moment stepping onto court today, as she explains.

-This is actually my first tournament back after seven months of injury, so I am really happy that I am court again. Also, it is the first time we play together, so we will just see how it goes every round.

-It’s really good. I was so happy when I went on to play, I think I was smiling a lot on court today, because I really enjoyed it, she added.

Debut quarterfinal for one pair
The Dutch duo will now play Svensson and Aslan, who overcame an up and down three-game match against Finnish pair, Von Pfaler and Nystrom, ending 11-21, 21-10, 21-18. After the match, Svensson said.

-We have quite a good synergy, especially in the second and third game. This is our first tournament together, so the first game was kind of shaky, but we played better after that.

You can watch the matches at badmintoneurope.tv.