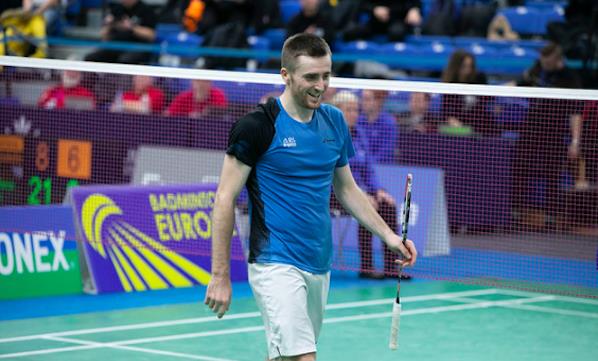 First seeded Lucas Claerbout from France was facing the seventh seeded Hashiru Shimono from Japan in the final at the Estonian International 2020.

The first half of first game the two players followed each until the break with Claerbout leading 11-10. From there, Shimono took the lead and won the first game 21-13. The second game the Japanese continued taking the leading and was always a few points ahead of the French.

After the break and with Shimono leading 11-8, Claerbout made a comeback and they were equal at 12-12. But once again Shimono showed strength and made four quick points and was again in front. With seven match point for the Japanese, Claerbout was not ready to give up yet, but at a line call at 17-20 made him lose the match.

— Right now, it is a mixed feeling of course. A bit disappointed to lose in the final, but he was better today. He was more consistent and faster than me. I enjoyed playing the tournament and the final, and it is a good start for 2020, Claerbout says.

Speaking about the 2020 season and the goals Claerbout says,

— When the qualification started, my goal was to qualify for the Olympics. Now there is only four months left so it will be quite difficult, but I will try my best. And then just enjoy the matches.