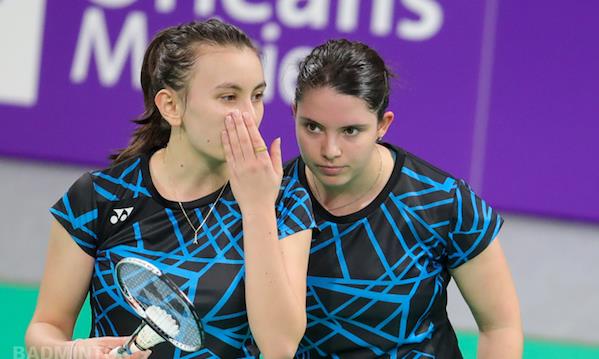 The last opportunity for a European gold medal at the Estonian International 2020 were France’s first seeded Vimala Heriau and Margot Lambert.

They were playing the winner of mixed doubles at the Estonian International 2020, Saori Ozaki, and the runner-up, Rena Miyaura, from Japan. The Japanese women’s double has looked very strong not losing a single game in the tournament and using a maximum of 30 minutes on winning a match.

Read also: Claerbout: It is a mixed feeling

Today was not much different. The French pair where the ones leading until 10 in the first game but then the Japanese increased the level and took the first game 21-18.

In the second game Miyaura and Ozaki showed strength and had control, but Heriau and Lambert did not give up and kept on fighting with everything they had. Unfortunately, the first seeded were not able to stop the Japanese and they won the second game 21-18, sending the French ladies home with a silver medal.