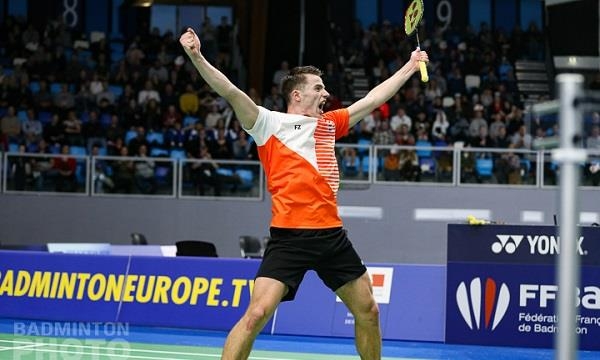 Tomorrow marks the start of the Austrian Open 2020, a historic tournament that has been running since 1965. Taking place in the scenic capital of Vienna, we take a look at who could be victorious come the weekend.

With the absence of the Chinese contingent, who chose not to travel amidst Coronavirus precautions and took home three of the five titles here last year, many players will be looking to capitalise on this as an opportunity to go deep in the tournament.

One such player is Mark Caljouw of the Netherlands in the men’s singles, who travels to Vienna off the back of a great silver medal display by the Dutch men’s team at the European Men’s and Women’s Team Championships. The current titleholder is seeded number two and will face India’s Siddharth Pratap Singh in round one.

Also coming from a strong team championships effort is Estonia’s Kristin Kuuba, who played singles and doubles in her nations memorable victory over former champions, the Netherlands. Kuuba is the fifth seed and will play Katerina Tomalova of the Czech Republic, whom she has played seven times in her career. The last two, however, have gone the way of the Estonian.

Read: The national champion through to the main draw

Bound to be a tight affair
In the men’s doubles, two Scottish pairs are looking for podium finishes in Vienna. Second seeds, Adam Hall and Alexander Dunn, Scottish Open champions are leading the charge and will face England’s Matthew Clare and Max Flynn, in what will be an entertaining first round.

Christopher and Matthew Grimley are Scotland’s growing talents and are the fourth seeds. The brothers reached their first senior title in Portugal last year and will be aiming for similar here. They first must overcome the challenge of Australia’s Oliver Leydon-Davis and Abhinav Manota, who have a small 2-1 head to head advantage from 2019. It is bound to be a tight affair between the two pairs.

Lastly, after being in four finals in 2019, and winning one, Swedes Emma Karlsson and Johanna Magnussen will be hoping to kickstart their 2020 campaign in Vienna. The number one seeds will have a bye in the first round and await the winner of Chinese Taipei’s Lee Chia Hsin/Lin Jhih Yun and Scotland’s Holly Newall/Eleanor O’Donnell.