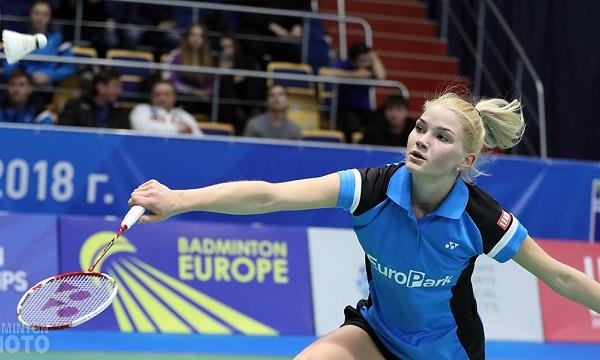 On the morning of day two at the Austrian Open, the qualification stage was completed.

In the men’s singles, we saw Rasmus Messerschmidt, Joran Kweekel, Lars Schaenzler and Tobias Kuenzi, who were the highest seeds in their section of the qualification draw come through into the main draw.

A more surprising qualifier was the Dane, Philip Illum Klindt, who was unseeded, yet came through to defeat two seeds in order to secure his spot in the main draw, where he will now face Emre Lale of Turkey.

In the mixed doubles, the standout qualifiers were a Finnish-Czech combination of Anton Kaisti and Alzbeta Basova, who managed to battle through the third seeds, Russians Lev Barinov and Anastasiia Boiarun in three games, 19-21, 21-14, 21-17. The dual nation pair will now face Danes Kristoffer Knudsen and Elisa Melgaard in the first round.

New country, new goals.
Former England player, now representing Canada after moving to Toronto, Peter Briggs, successfully navigated his way through the men’s doubles qualification with partner Joshua Hurlburt-Yu. They will be hoping to build in their runners-up result at the Hungarian International late last year. They face fellow qualifiers from Serbia, Igor Bjelan and Andrija Doder in the opening round.

Lastly, a trio of Europeans made it through the women’s singles qualification, Germany’s Ann-Kathrin Spori, Estonia’s Kati-Kreet Marran and Hungary’s Vivien Sandorhazi. Spori now faces the number one seed, Brittney Tam of Canada in the main draw. While Sandorhazi meets the seventh-seeded Bulgarian, Mariya Mitsova.

Marran, who won two titles in 2019, will be looking to step up and put in a good display in Austria. She will come up against Gadde of India in round one, who also came through qualification.