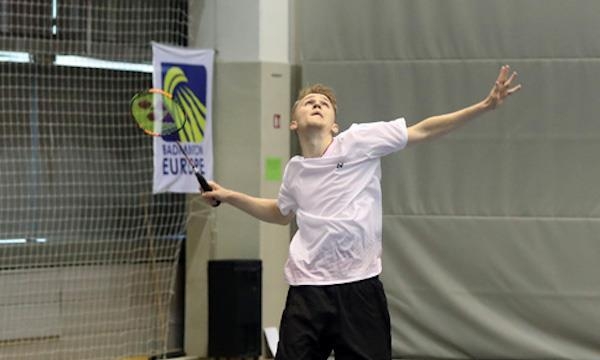 The final in mixed doubles at the Austrian Open will be with Europeans on both sides of the net.

Denmark’s Sara Lundgaard and Jeppe Bay was facing Ming Che Lu and Wu Ti Jung from Chinese Taipei in one of the semifinals.

The first game was close the whole way through but in the end, the Danes closed the game 21-18. In the second game the only time the two pairs were equal, was at 1-1. From then the Danes did not look back and won the game 21-15.

— I think our performance was really good today. We managed to control the front court and did not make too many mistakes, Lundgaard said.

Lundgaard and Bay are not seeded in this tournament, and where therefor not expected to go all the way to the final. But here they are, and below Lundgaard puts some words to being in the final.

— I think we knew we had the level to go all the way to the final. But we did not expect it. We are happy about it though, she said.

In the other semifinal we had Alzbeta Basova from Czech Republic and Anton Kaisti from Finland, who were also playing against a pair from Chinese Taipei, Tseng Min Hao and Hsieh Pei San.

This match was even closer than the other semifinal. In both games the Czech Republic/Finland combination was down with game points. But they managed to not lose focus and ended up winning the match 23-21 26-24.

— I think it is going to be a match about the front court again as the one we just played. They are very good in the flat game where we are also good. So, it will be the pair who gets the front court, who will win, Bay stated.