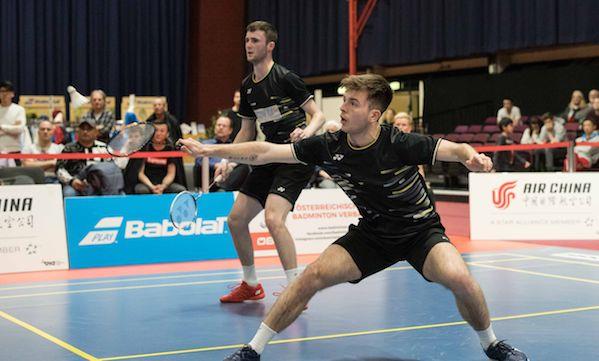 The last final at the Austrian Open has been played and the tournament is now over.

It was a close first game, but the Scottish pair managed to be in front the whole game through and closed it 21-18. The second game started out great for Hall and Dunn as they kept their focus and was leading all the time. Second game went to the Scottish 21-11 and they secured their first victory in 2020.

— I am feeling quite happy right now. This is our second challenge win overall for us, so it is a big success. Hopefully this will be a good start for us in 2020 and hopefully we will be doing great the rest of the year also, Dunn said.

Commenting on how the performance was, Hall stated:

— I think it was a bit tight in the first game. They played really well and they just a few mistakes from us. Happy with the second game, I think we really dominated it. As you could see they kind of gave up towards the end as they knew we were too far ahead.

The Scottish pair is currently ranked as number 41 on the World Ranking and with a tournament victory already in February, Dunn and Hall set new goals.

— We just want to keep on winning as many tournaments as possible. We won a couple on challenge level, so we want to do better in some of the world tour tournaments and maybe try to get in at some 500, 750, 1000 tournaments. That is going be the goal for this year, so I am looking forward to see what we can do, Dunn ended.