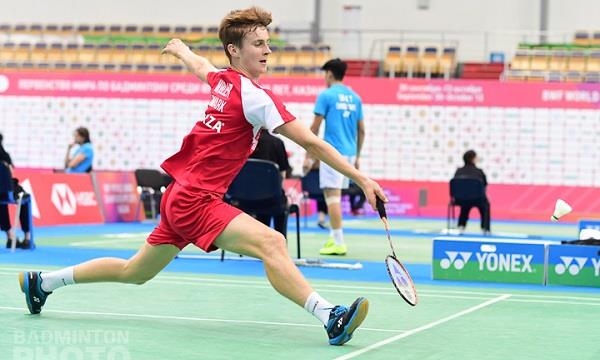 The Bulgarian Junior Open Championships 2020 will be the first international tournament to be played since the All England Open. The tournament is planned for 7-9 August in Pazardzhik. One player who has been looking forward to this is Mads Juel Møller.


— I am looking forward to competing and fighting again. It is going to be nice to walk on court and hopefully feel that the practice has been paying off, Møller says.


Read: Jelle Maas: The pandemic pushed me mentally over the edge


The preparations
The last tournament Møller played was the German Junior at the beginning of March. Now five months later he is again able to walk on court. But how has he been preparing for this tournament?


— I am preparing by playing matches at practice and pretending that it is a tournament that I am playing.


Møller, who is ranked number five in the world junior rankings, will be seeded first in the men’s singles and third in the men’s doubles with his partner. Speaking about the expectations for the tournament, he says.


— I hope that I can travel to Bulgaria and show that I have developed.