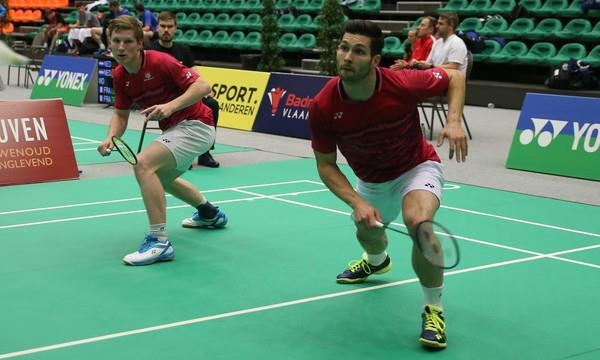 Jelle Maas and Robin Tabeling (The Netherlands) have succeeded to claim the Italian International title after their Scottish Open win. After beating some steady going pairs in previous rounds, upcoming pair Milosz Bochat/Adam Cwalina (Poland) also fell short for the Dutch men in the final.

After a close first set, Maas and Tabeling managed to win the match in two games, resulting in 23-21 21-18. ‘It was fighting for every point against this always well playing Polish pair!’, Tabeling commented after their final match. ‘We are just happy that we could turn the match to our side’ Tabeling continued.

Maas/Tabeling had a long way to the final. Except for the final, they won all of their matches in three games. ‘I think me and Jelle survived the first two round with not our best game. From the quarter finals onwards, we managed get our level back’ Tabeling commented about their streak. ‘We beat some pretty strong pairs’ Tabeling stated. Olympic bronze medal winners Langridge/Ellis (England) were one of those pairs.

For next year, Tabeling hopes that he and Jelle could continue this amazing streak.

‘We hope to play ourselves in the picture at the 2018 European Championships! That is our main focus for the first half year of 2018!’

Read: The fantastic finish by Axelsen 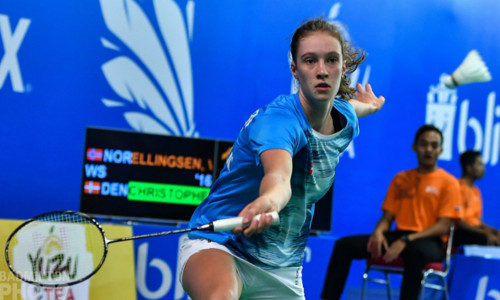 The only one who could stop her in Italy was Thuy Linh Nguyen (Vietnam). ‘It is my first final in a challenge tournament, so I was quite nervous!’ Christophersen stated to Badminton Europe. ‘Next time I will get her’

Read: Want to be volunteer writer at Badminton Europe?

Also Ben Lane and Jessica Pugh (England) had a solid run in tournaments at the end of the year. Now their good game has finally been rewarded with a tournament victory as they beat their compatriots Ellis and Smith in the final.

Pablo Abian (Spain) also managed to end his year with a tournament win. As  first seeded he full filled the expectation that was upon him and was never in great trouble in all his matches.

Find all the matches and results of the Italian International here