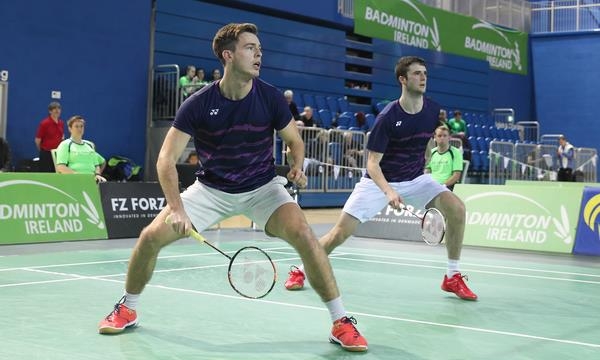 Irish Open winners Adam Hall and Alex Dunn hopes to continue their form from the tournament in Dublin, as the last BEC Circuit tournament of 2017 started today in Ankara, Turkey.

As first seeds in men’s doubles, the Scottish duo have grand expectations for the forthcoming circuit tournament.

— I think going in first seeds we will definitely be looking for the win. I think we would be slightly disappointed with anything less!, Adam Hall told Badminton Europe.

Umit Basaran Ramazan Tekdemİr from Turkey are facing a duo from the qualification to decide which of the two will be the first opponents for Hall and Dunn.

Read: The fantastic finish by Axelsen

Odd preparations
Hall and Dunn explain their preparations for the last tournament of the year as ‘slightly odd’. Even though they won the title in Ireland, it was followed up by a first-round loss in Italy just last week.

So, for the two of them it will be significant to find the form from Ireland and finish off the year with a positive result which, for them, can mirror 2017 as a great year for their partnership.

— It’s been a great first year for mine and Alex’s partnership! It was great to get our first win last week and when you add that to out other good results it’s definitely been one of my more successful years! Hopefully we can end 2017 with a win in Turkey!, Hall said.

Read: Want to be volunteer writer at Badminton Europe?

Young Turks aim to be champions
The second seeded position is held by Bengisu Ercetin and Nazlıcan Inci from the hosting nation. The two are ranked at no 85 in the world and have a lot of expectations for the international series tournament on home turf.

— We want to play the final and we will try to be champions. My partner Bengisu is 16 years old so she went to the European U17 Championships which means we unfortunately haven’t practiced together for one month, Inci told Badminton Europe.

Even though the Turkish have had a month without practice together, Ercetin went on to win the women’s doubles category at the European U17 Championships proving great form for the Turkey International.

Find the order of play from Turkey International 2017 by clicking here.