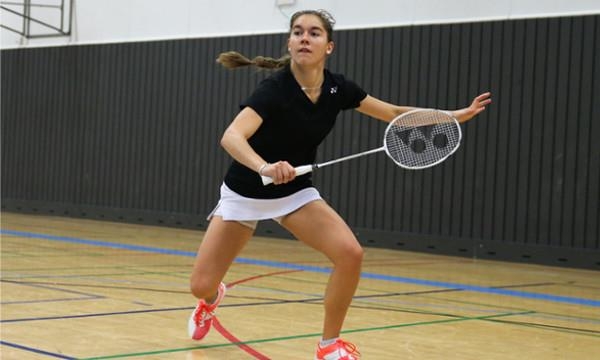 Tomorrow the Irish Open will start in Blanchardstown with qualification rounds. This will be the last tournament of the year for the Finnish players, Iika Heino and Jessica Jäntti, training at Holbӕks’ Centre of Excellence.

For Jessica, this last tournament is actually the beginning of something new. For the last couple of months she has not a played any tournaments, but completely focused on training at the CoE instead. ‘I’m excited to go on court but of course a little nervous at the same time, as it was a long time ago that I played a competitive match’ Jessica stated to Badminton Europe.

Jessica will play qualification rounds, where she faces Nadia Fankhauser (Switzerland), who is second seeded in the qualification tournament of women’s singles. Since this is her first match after a long time, Jessica tries not to put much expectation on that match.

‘It’s been a great training period at COE and hopefully that will show on court’ Jessica says about her upcoming match. ‘For now my goal is to raise my world ranking’. 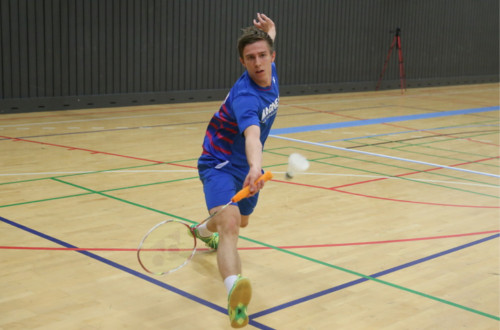 ‘Trying to find my game’

Iikka Heino (pictured above. Photo: Mark Phelan) is sixth seeded in both men’s singles and men’s doubles. In singles he will face a qualifier in first round. In doubles he plays with fellow countryman Henri Aarnio, who he has been playing with for over a year now. They play against Danish pair Daniel Lundgaard/Karl Thor Søndergaard in first round.

His main priority for the tournament is to play his own game. ‘I have struggled with finding my own game on tournaments the last months’ Iikka states to Badminton Europe. ‘I think if I will find my own game I have good chances to go far in the draw’ Iikka comments about his upcoming matches.

Despite the previous struggles, Iikka is looking forward to the tournament. ‘I’ve also had good preparation for this so I feel excited to play’ Iikka states. ‘All in for the last tournament of the season — let’s make it a good one!’

Besides Iika and Jessica, there are other COE-players to watch at irish Open as well. For example, Felix Burestedt (Sweden), will come in action in men’s singles against Alexander Roovers (Germany).

Gerda Voitechovskaja (Lithuania) has a tough draw in the tournament. In first round singles she meets fourth seeded Chloe Birch (England). Together with Vytaute Komkinaite, she will try to overcome third seeded Scottish pair Julie Macpherson/Eleanor O’Donnell.

Niks Podosinoviks (Latvia) will be playing qualification tomorrow. He will try to challenge Andy Tsai from Sweden.

For all upcoming matches in Blanchardstown, see here.