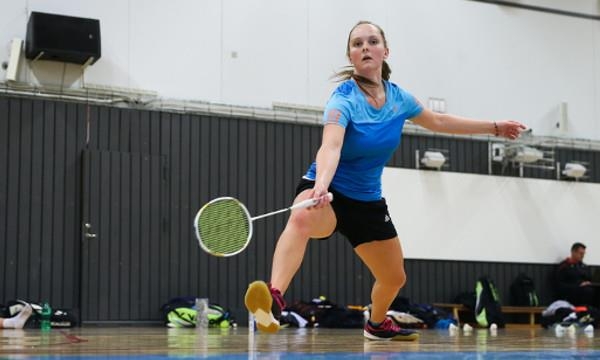 Toni Woods, Niks Podosinoviks and Matthew Abela from the Centre of Excellence will participate in Wales International starting tomorrow. All three players need to play qualifications, but are eager to make their way to main draw.

Toni Woods (Scotland) has a rough tournament by participating in all three events. She plays mixed doubles with fellow countryman Jack Macgregor and women’s doubles with Swedish Emma Thorne. Her main focus is, however, still on women’s singles. ‘My aim is to make it through qualification to the main draw. if I achieve this then I will just aim to play as well as I can to get as far as I can’ Toni stated to Badminton Europe.

Despite her busy tournament, Toni feels well prepared for Wales. ‘I had 6 solid weeks of training at the centre of excellence before travelling to Scotland’, where she played Scottish Open. During her stay in Scotland she has been training with her old coaches. ‘So I am ready to give it my all in Wales’ as she stated.

Heads up for next year

In men’s singles Niks Podosinoviks (Latvia) will face Johnnie Turjussen from England. ‘I don’t think that I have the best draw that could be, but I will see. I think I have a chance if I will be able to play on my max level whole match’ Niks said about his match to Badminton Europe.

After Welsh Open, Niks is also going to play Irish International. Niks sees these last tournaments as a preparation for the new year.

‘I will keep training at the CoE and will play much more tournaments next year. I need to get my ranking up.’ 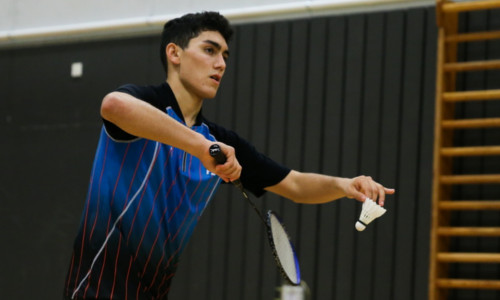 Also for Matthew Abela (Malta, pictured above. Photo: by Mark Phelan) Wales international is a preparation for next year’s tournaments and ranking. ‘This will be my last tournament of the year, so I am looking to end the tournament period with a good performance and result, to keep me motivated for the next year’ Matthew commented.

Matthew will play against Joshua Ryland-Langley (England) in the first qualification round. Matthew wants at least to surpass the first round and tries to advance as far as possible afterwards. He then hopes to faces Alan Ostrowski (Poland) the second round, whom he defeated before.

For the draws and results in Cardiff see here.