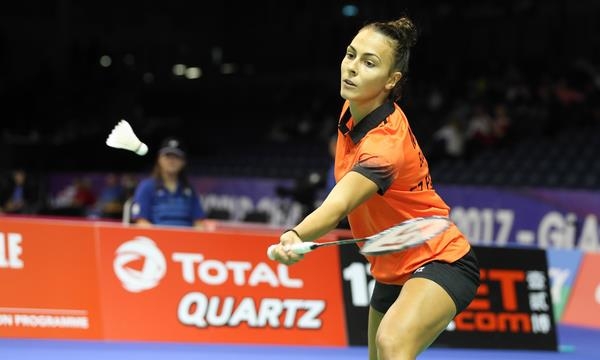 The Bulgarian international starts this week in Sofia. Several young players from different European countries are participating in this future series tournament. Also, home country Bulgaria is well represented with their young players.

One of these players is women’s singles favourite for the tournament win, Mariya Mitsova. Besides women’s singles she is also playing mixed doubles with Dimitar Yanakiev where they are fourth seeded.

— I am confident to full fill my seeded positions, since I had a pretty good summer tournament. Of course, I feel the pressure of being first seeded and playing in my home country, but in the end every tournament challenges the players ability to perform under pressure, Mitsova says to Badminton Europe.

Tough draw in men’s singles
Favourite for the men’s singles is Daniel Chislov from Isreal. He has to overcome Ilias Xanthou from Greece in the first round.

Another favourite in this event, Kyrylo Leonov (Ukraine) has a tougher draw as he has to play the experienced Giovanni Greco (Italy) in the first round.

Former top 100 player, Murat Sen (Turkey), is playing qualification. This year he has started to play more tournaments again and is a player who could also challenge the other seeded players in men’s singles.

Read round up from Czech Open: First title for Polish pair

Italy is well represented in the doubles
Mixed doubles favourites for the tournament are Kevin Stroble and Silvia Garino. Another Italian pair Lukas Osele and Lisa Iversen are second seeded in this event.

Either way, the Bulgarian International promises to be an exciting tournament for European young players to show themselves! The tournament starts on Thursday with qualification in men’s singles, women’s singles and mixed doubles.

Order of play for Bulgarian International on Tournament Software