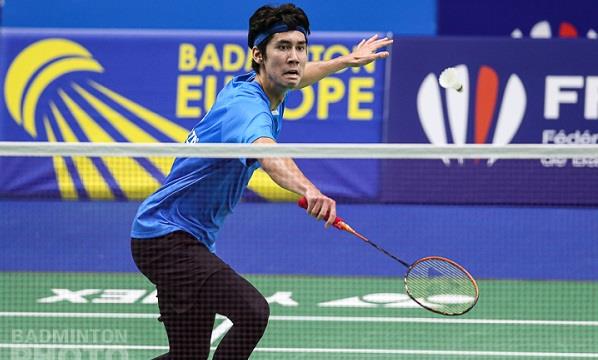 For several players, the tournaments played this week are all about testing their form and getting back to that tournament feel. The ENEA Polish Open 21 by Victor has certainly given that opportunity.

Gniezno, Poland’s first capital city, now a picturesque town lying just 50 kilometres east of Poznań, is the location for the tournament that has been running since 1975.

Sweden’s Felix Burestedt, a Centre of Excellence player, is the third seed in the men’s singles at the ENEA Polish Open 21 by Victor and was raring to go.

-It has been a really good training period for the last few weeks! I am excited to play and see what I can do, Burestedt said upon arriving in Poland.

The Swedish number one who trains in Denmark played the Swiss Open 2021 and pushed Rasmus Gemke close in the first round, narrowly missing out on a big career win, 18-21, 19-21.

Burestedt waited patiently on the reserve list at the All England Open 2021 to build on these positive signs, however, it is this week that he reappears on court.

-I’m very much looking forward to it and it is really nice that we are able to play some more tournaments now.

In the first round, he played USA’s Timothy Lam, scoring a solid victory, 21-15, 21-13. He will now have a potential clash with Malaysia’s Ng Tze Yong, who has not played since 2019. However, in that year he reached three quarterfinals, a semifinal and a final.

Seven years apart
Ireland’s Jonathan Dolan, who recently made the move back home from the Centre of Excellence, scored a strong win over Sweden’s Jacob Nilsson. There was perhaps an increased level of satisfaction for Dolan, as seven years ago at the Swedish Masters, Nilsson defeated him in three tight games.

Today, as two completely different players, Dolan, now 26, took the win 24-22, 21-14. He will now face Bulgaria’s Daniel Nikolov and would again need to overturn a previous loss from when they played at the Slovak Open in 2019.