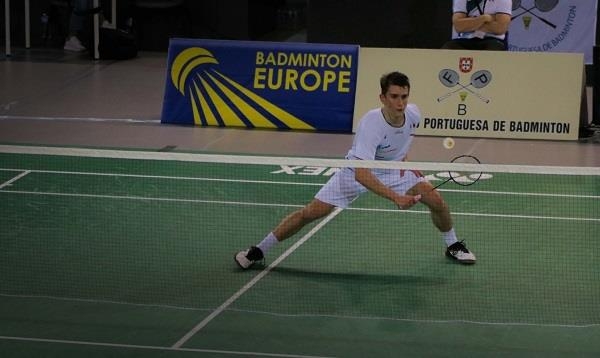 Alex Lanier, just 16 years of age, impresses at the 56 Portuguese International Championships 2021 and secures his spot in the main draw.

At the 2020 European Junior Championships, the then 15-year-old played a prominent role for France at the under 19 tournament. While the headlines were taken by his fellow countrymen, Yanis Gaudin for his silver and Christo Popov who took the gold, Lanier showed a glimpse of his talent.

Playing a mature and composed game well beyond his years, Lanier came up just short in the third round, losing 23-21, 21-19 to the eventual bronze medallist and local Finnish favourite, Joakim Oldorff.

Much like in Finland, the matches for Lanier in Portugal have come thick and fast, playing an incredible four qualification matches to book his spot in the main draw. He has defeated two talented young Danes in Christopher Vittoriani and Christian Faust Kjær, Dutchman Robin Mesman and then faced England Harry Huang.

Thirteen game points
From 14-14 in the opening game, there was nothing between them. Lanier reached game point first, squandering two early opportunities. Then it was an exciting back-and-forth between the two talents.

Huang reached 29-28, but a clear quality of Lanier is that he does not give up easily. Taking the next two points Lanier won what turned out to be the pivotal game of the match. Huang had seven game points to Lanier’s six — thirteen agonising opportunities to seal the game.

In the second game, Lanier tried to catch Huang off guard, gaining an early lead of 7-2. Huang perhaps still dazed by the first game, began closing the gap and returned level at 15-15. Then, in a very uncharacteristic period of the match, a player managed to string six points together. That player was Huang, forcing a decider.

The decider
The match was already approaching the hour mark, so the decider turned into the survival of the fittest. After some nervy exchanges, Huang took control with a 13-7 lead. Lanier once again showed that he does not know the meaning of giving up and put together a seven-point run to take the lead and eventually won the match with a 21-17 game.

Lanier has played a lot of badminton already in Portugal but will be one to watch in the main draw. Fascinatingly, he will face another top young talent in Denmark’s Magnus Johannesen, who defeated Germany’s Fabien Roth in his qualification run.

The two met in the final of the 2020 European Junior Mixed Team Championships. The match went to three with Johannesen taking the win. It was a key factor for Denmark to regain its crown from France. It is bound to be a great spectacle.