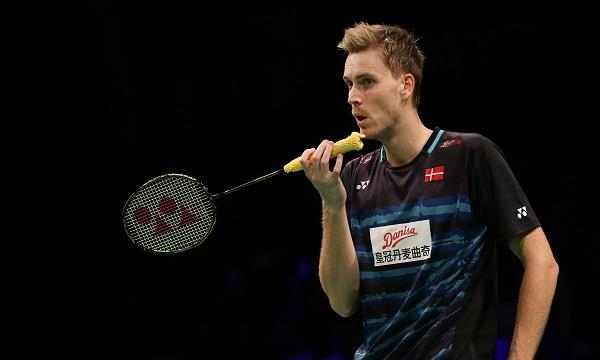 The 56 Portuguese International Championships 2021 with its new dates commences tomorrow, 6 to 9 May in Caldas da Rainha.

The tournament has been held since 1965 and has seen 33 different nations come away with the title. Here are the main talking points leading into this year’s championships.

Qualification
There will be qualification rounds for each category, opening up opportunities for many more players to carve their path to glory.

BEC Centre of Excellence players such as Milan Dratva and Amy Tan are aiming for the main draw.

The young talented juniors are also looking to shine. The 2020 European Junior Championships medallists; Matthias Kicklitz, Edith Urell, William Boe (with Christian Kjær), Mette Werge/ Clara Løber, Mads Vestergaard (with Natasja P. Anthonisen) and Flavie Vallet (with Kenji Lovang) are all in Portugal to show what they can do.

The pair played at the Orleans Masters 2021, however, lost in three games to Indonesians Sabar Karyaman Gutama/ Moh Reza Pahlevi Isfahani. They are seeded fourth in qualification, and if getting into the main draw they could be the dark horses for the title.

Men’s singles
Guatemalan legend, Kevin Cordon, tops the seeding. The three-time Olympian is in a good position to once again represent his country in Tokyo, so the 33-year-old comes to Portugal to fine-tune his game.

Germans Kai Schaefer and Max Weisskirchen, seeded two and four respectively, continue their battle for Olympic qualification. Weisskirchen is currently seven places behind Schaefer in the Road to Tokyo rankings.

Women’s singles
Reigning champion, Sabrina Jaquet, comes in at number one seed and will do everything to win the double in Portugal.

Second seed Linda Zetchiri has now edged ahead of her fellow Bulgarian teammate, Mariya Mitsova, in their tightest of Olympic qualification races. With still less than 700 ranking points between them, Zetchiri has a free hit in Portugal due to the absence of Mitsova.

Men’s doubles
Austrians Philip Birker/ Dominik Stipsits top the seedings, however, there are a number of interesting new pairs that could threaten the top prize.

The 2020 European Junior gold medallist in the men’s doubles, Mads Vestergaard, will partner Emil Lauritzen, who reached the semifinal in Portugal last year with Mads Muurholm.

We will also see a new partnership of Matthew Clare with Ethan Van Leeuwen. Clare, with Max Flynn, defeated the eighth seeds Daniel Lundgaard/ Mathias Thyrri at the 2021 European Championships last week and went onto the quarterfinals.

The new English partnership of Jessica Pugh/ Jessica Hopton may be one to keep an eye on, as well as the Swiss pair of Aline Muller/ Jenjira Stadelmann, who defeated fifth seeds Anne Tran/ Emilie Lefel at the 2021 European Championships last week.

Mixed doubles
Denmark’s Rasmus Espersen/ Christine Busch come in as number one seeds off the back of two big results for them this year. At the Swiss Open 2021, they defeated fellow Danes, Niclas Nøhr/ Amalie Magelund in three games, lasting almost one hour. Then at the All England Open, they defeated India’s Pranaav Jerry Chopra/ Reddy N. Sikki in straight games and gave a strong account of themselves against Marcus Ellis/ Lauren Smith.

There are many interesting new combinations, but perhaps the second in line for the title claims are indeed the French second seeds, William Villeger/ Sharone Bauer. Villeger last week nearly defeated the Olympic bronze medallists, Marcus Ellis/ Chris Langridge, with Fabien Delrue in the men’s doubles.

As a pair, they pushed the recently crowned European mixed doubles bronze medallists, Mathias Christiansen/ Alexandra Bøje, all the way at the SaarLorLux Open 2020. Perhaps Portugal will be their breakout tournament.

Live streaming will be available for selected courts on www.badmintoneurope.tv