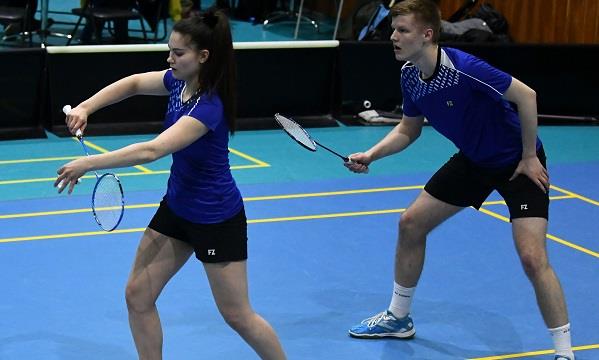 There is plenty of badminton this week with the Spain Masters and also the Slovenia International 2021 taking place in Maribor. The action will run from 19-22 May and this is what to look out for.

After the joys of becoming the first-ever badminton player for Azerbaijan to qualify for the Olympics, the second seed in the men’s singles, Ade Resky Dwicahyo, will want to show what he can do in Slovenia.

The Indonesian-born shuttler had a tough three-game slog with Joran Kweekel at the 2021 European Championships and then lost in the Portuguese International second round to the eventual winner, Ditlev Jaeger Holm. This time he may have a deeper run.

Another Indonesian-born player to keep an eye on is Adi Pratama of Austria. Seeded eleventh in qualification, he has shown that he is capable of a long hard-fought week. In Portugal, Pratama overcame four qualification matches and defeated Kweekel in the main draw – all in just two days.

Centre of Excellence player, Milan Dratva, is seeded seventh and due to play Germany’s, Fabian Roth. Not seen on a competitive court since mid-2018 due to a knee operation, the 2013 European Junior Champion, now 25, is making a comeback!

Winner of the Slovenia Future Series in 2019, Karan Rajan Rajarajan of Denmark, is seeded sixteenth and has a tricky opener against Dutch player, Aram Mahmoud.

The Hungarians out in force in the women’s singles
Previous articles have mentioned the sheer strength in depth of Hungarian women’s singles. There is no better demonstration for this when looking at the top seeds where five of the eight are flying the green, white and red flag.

Leading the way is top-seed Laura Sarosi who cemented her Olympic qualification after back-to-back wins in Peru and Portugal. Can she three in a row?

Thuc Phuong Nguyen, winner of gold and silver in her doubles events at the 2020 European Junior Championships, is looking to make some strides at senior level in singles. After winning gold in Finland, Matthias Kicklitz/ Thuc Phuong Nguyen joked at how they hardly trained together as they focused on singles. However, they have indeed stuck together and play in the mixed doubles also.

Austrians in pole position for the doubles
Finalists at the Slovenia Future Series 2018, Philip Birker/ Dominik Stipsits, are once again first seeds and aim to go one step further this time in Slovenia. They await a qualifier in round one.

Katharina Hochmeir/ Serena Au Yeong are number one seeds in the women’s doubles. They are hoping to get their game going this year leading into the Austrian Open 2021 at the end of the month.

In 2018, Birkner and Katharina Hochmeir reached a semifinal on Slovenian soil. The other Austrian pairing, Dominik Stipsits/ Serena Au Yeong, matched them in this. However, Slovenian duo Miha Ivančič/ Petra Polanc got the better of them and won that year. They are also the reigning Slovenia Future Series champions from 2019. The home favourites are seeded third but would love to win again at home, but this time at an International Series.