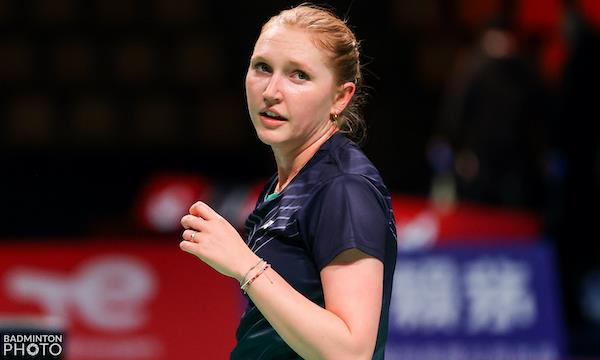 After a visit to Ireland and Scotland, Wales is offering an international show of badminton as players look to get the last wins of the year.

Just like so many other tournaments, the Welsh International was cancelled in 2020. This year, the event that has been taking place since 1928 in Wales is back and will be the last of the three consecutive tournaments from the European circuit that have been played in the British Isles.

The 2021 Victor Welsh International Badminton Championships is taking place 1-4 December, and with action already on, we take a look at those looking to get this year’s champion title.

Men’s singles
Second seeded Kevin Cordon is not ready to give up just yet as he has demonstrated this year, especially with his fourth place at Tokyo 2020. The Guatemalan player might have the experience, but he will be playing against unseeded Alex Lanier, a young and talented player who has already shown that he must not be underestimated.

Ng Tze Yong, the newly crowned Scottish Open champion who also reached the Irish Open quarterfinals, will also be looking to secure a top spot in this competition. He will next be facing number six seed Subhankar Dey. Victor Svendsen, who has not reached a podium since playing on home soil in the Denmark Masters, will have to win against Chirag Sen to make it to the next round.

Women’s singles
The fight for the women’s singles champion title is bound to be tough. Clara Azurmendi, who won the gold two years in a row in 2018 and 2019, is not attending this year so there will be a new queen to be crowned. Jordan Hart, a Welsh-born player who is now representing Poland, has never won the title and could be one of the contenders.

Wen Chi Hsu has claimed gold in both the Irish and Scottish Open, and she could be aiming at winning the treble. Wen Yu Zhang, who had a good race at the Scottish Open last week, and BEC Centre of Excellence player and sixth seeded Katerina Tomalova, will also be battling for wins.

Men’s doubles
Callum Hemming, who won the men’s doubles in 2018 with Max Flynn, will be trying again this year with Steven Stallwood. Fellow Englishmen Rory Easton/ Zach Russ were the runner-ups at the Irish Open and could be aiming high if they keep up with their performance. Kim Gi Jung/ Kim Sa Rang, two-time World Championship medallists, will be hunting for a title after their semifinal at the Scottish Open.

Scottish Open runner-ups Junaidi Arif/ Muhammad Haikal are ones to watch out for, and the French have two strong contenders as Fabien Delrue/ William Villeger and Lucas Corvee/ Ronan Labar will also play to get a spot on the podium.

Women’s doubles
Hsuan-Yu Wendy Chen/ Gronya Somerville were close to winning the Irish Open but had to settle for silver and could not get far in the Scottish Open, but the number eight seeds could have better chances.

Despite their early exit at the Scottish Open, the recently-formed pair Margot Lambert/ Anne Tran are another strong combination. Reigning champions, Abigail Holden/ Lizzie Tolman, might not be repeating it this year, but England has a big number of young duos that will be representing the country in their neighboring nation.

Mixed doubles
Ishaan Bhatnagar/ Tanisha Crasto put on a good fight at the Scottish Open final. The Indian pair could reach yet another final to take the gold this time. Their final opponents, Callum Hemming/ Jessica Pugh, are another powerful duo playing in Wales after winning in Scotland.