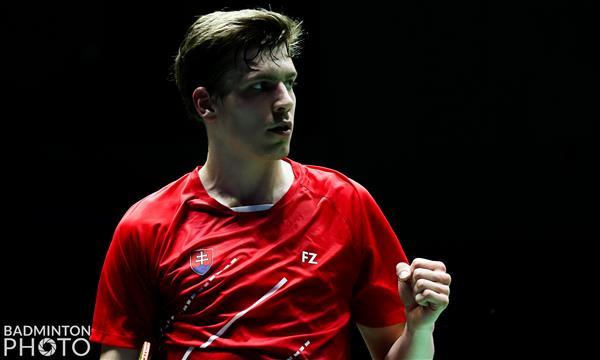 The 29th edition of the Badminton Europe Circuit tournament has a strong European representation. In 2020, Chinese Taipei had won in four out of five categories, with the men’s singles title going to Czech player Jan Louda.


Ukraine is the most successful nation at the International event, which began yesterday and will conclude on Saturday.


Centre of Excellence (CoE) stars
While the CoE players have consistently performed well in international tournaments, they are placed among the top seeds this time. While the men’s singles fourth seed Milan Dratva of Slovakia has a tricky opponent in form of the Japanese youngster Riku Hatono, Shaun Ekengren will take the court against Mateusz Danielak. Andrzej Niczyporuk won his first qualifying match yesterday but fell short of making it to the main draw.


In women’s singles, Slovakian Martina Repiska is the top seed, but finds her CoE partner and the sixth seed Katerina Tomalova in the same quarter. However, the Japanese prodigy Riko Gunji is the one to watch out for in the draw. Another CoE player Sofia Slosiarikova narrowly lost in her final qualifying match, losing 23-21 in the decider.


The women’s doubles category features multiple stars. While Repiska partners with Katarina Vargova, the reigning champion Lee Chia Hsin has partnered with Teng Chun Hsun this time. The Austrians Serena Au Yeong/ Katharina Hochmeir are the second seeds, but the seventh seeds Rui Hirokami/ Yuna Kato might have a few surprises in store.


Hochmeir is also the top seed in mixed doubles, with Philip Birker as her partner. They are through to the second round, getting the better of Philip Budzel/ Tomalova yesterday. Likewise, Chia Hsin is partnering with Ye Hong Wei in the category. Interestingly, the Hong Kongers have a good chance to win the mixed doubles title; with four out of the top eight seeds.