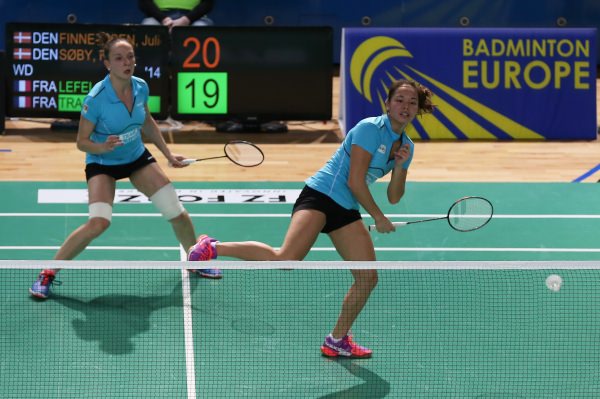 In just its sixth year of existence The Orleans International has established itself as one of the premier tournaments on the Badminton Europe circuit. The French fans as always come out in force making the weekend at the Palais De Sports the place to be if you’re a French badminton fan.

With a set-up akin to a higher level GPG or Super Series tournament Orleans has been a favourite stop for many of Europe’s elite over the past seven years. The only thing missing has been a French winner which the tournament craves and deserves. Will this be the year? Let’s have a look at the likely home contenders.

In the men’s singles the French have their usual three-pronged attack in the form of Lucas Corvee, Thomas Rouxel & Lucas Claerbout. Rouxel opens with a match against one of the circuits form players, Toby Penty of England. The Chambly man went out in the opening round last year and needs a good run to boost confidence. 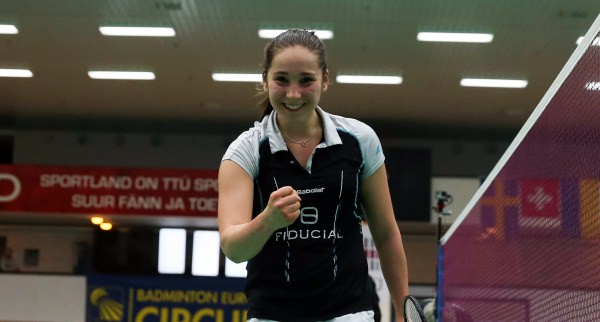 Corvee will look at the draw a feel there is a big chance for him, that is if he can get over the line in round one against Erik Meijs. The Dutchman had a good run in Poland last week and looks to be coming into form.

While things look good for Claerbout with a qualifier in round one there is the distinct possibility that the qualifier will be none other than last weeks winner in Poland Jia Wei Tan of Malaysia. The Frenchman will be hoping that the Polish win, the travelling and a trip through qualification will have drained the Malaysian either way Claerbout will need his ‘A’ game from the start.

Youngsters Toma Junior Popov and Arnaud Merkle will also face a qualification trip and will look to positive performances ahead of the European Junior Championships coming up in a few short weeks.

In the women’s singles Delphine Lansac (pictured above winning in Estonia in January) is the sole French player in the main draw. With Batomene, Hoyaux & Normand forced to come through qualification the task is a huge one for the French girls.

Lansac has been nestled in the same quarter of the draw as Kirsty Gilmour and with a possible second round match against 2015 winner Natalia Koch Rohde of Denmark the enormity of the task becomes apparent.

Doubles opportunity for French to finally make it gold

While the singles offer a long shot at a home victory the doubles events do offer up reasonable chances for that illusive home French win in Orleans. The women’s doubles and mixed doubles have genuine French big hitters taking to the courts and if the La Marseillaise is to ring out around the Palais De Sports on Sunday it will most likely happen in these two events.

Kersaudy & Palermo are most likely to have to break through a German wall to make the podium in the bottom half of the draw. A possible quarter final match up against Nelte & beck before a semi-final against Lamsfuss & Herttrich will have to be negotiated if they have desires on the podium.

Anne Tran & Jordan Corvee will look to recaptured their stunning form from the end of 2016 while Labar and Fontaine will know exactly where their game is at in round 1 against Efler and Siedel of Germany. Win that one and the French are in a good place.

Certainly ones to watch will be Delrue and Gicquel (pictured below) who will benefit from the forced withdrawal of Piek & Arends as top seeds. The French youngsters are one of the favourites to lift the European Junior crown in a few weeks and have looked at home in the senior ranks this season.

Delrue teams up with Lea Palermo in the women’s doubles and will count their lucky stars that the top seeded Dutch and third seeded Bulgarians are out of the tournament.

Anne Tran and Emilie Lefel (main picture) will hold real ambitions to win this one this week, after all they have won at this level before and only a few short months ago in Ireland. The French will likely play Dutch duo Seinen and Tabeling in round two and it would be no surprise if the winner of that match goes deep into the tournament.

Finally the French have a very narrow attack in the men’s doubles with just Maio and Kersaudy in the main draw and with Jansens/Zurwonne (GER), Beck/Kaesbauer (GER) and Arends/Jille (NED) in their half of the draw it will be a tough week for the sole French pairing.

To view the historical winners from Orleans click HERE