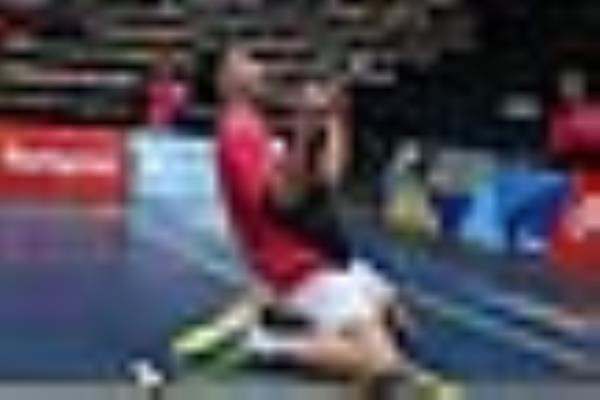 In badminton terms Rasmus Gemke has endured a tough time over the past two years. The young Dane was out of the game for almost two seasons and this year has come back to stake his claim as one of the circuits top potential stars.

Finland will live long in the memory of the young Dane after he claimed his first circuit title and in truth did it the hard way with extreme maturity coming through a very tough men’s singles draw.

Gemke’s form was set in stone with his second round win over former world number 5 Tien Minh Nguyen. In a match that extended to 1 hour 20 mins the Dane displayed a new mental toughness to come through that match and set himself us as Europe’s best chance against the Asian invasion.

Gemke confirmed that second round win with a pair of two set wins over Scotland’s Matthew Carder before seeing off fourth seed Kim Bruun in the semi-final.

In the final the Dane came up against Japan’s qualifier Yu Igarashi, the Japanese player had beaten Finland’s own Eetu Heino in the semi-final and third seed Raul Must in the quarters. Gemke got off to a slow start struggling with his length and trailed 9-2 early in the match. In former years that may have been enough to break the Dane but with experience also comes maturity and Gemke showed bucket loads of each to come back and win the opening set 21-17.

The second set was tighter but a mid game slump saw the Dane trail once again 13-9 to leave the door open for Igarashi. Again Gemke came back and in the second game his real fighting qualities came to the fore. It was clear the Dane wanted it more and the relief was audible when he got the match over the line with a 21-18 second set win.

“This is huge for me” said Gemke after his success “I have had a very hard time and this season was my comeback to competition. You have no idea how big this is for me and to finally win is just the biggest relief.”

We certainly look forward now to seeing how far Gemke can go as all the ducks seem to be in a row with his game, mental capabilities and physical condition all at a level to take him to the next level in badminton. 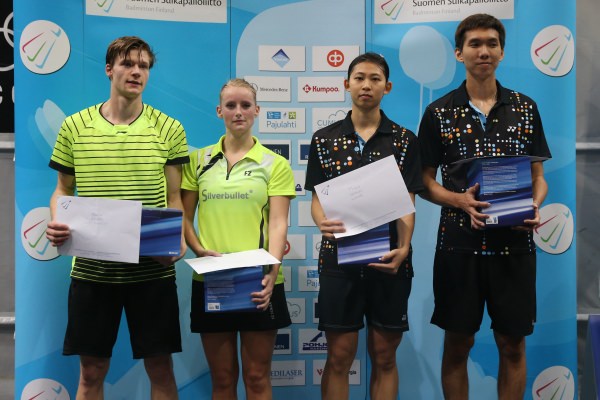 No final joy for Mikkelsen & Surrow

MIkkel Mikkelsen and Mai Surrow (pictured above on podium) came up short in their mixed doubles final but were certainly in the match in both sets against Tseng Min Hao and Ling Fang Hu of Chinese Taipei. The Danes had two tough three set matches in the quarter finals and semi-finals and they trailed 12-6 early on in the opening game.

Even with a looming flight to Copenhagen hanging over them they continued to fight hard and only lost out 24-22 in the opening set after a spirited comeback. In the second game the Taipei pair got an early lead but as has become the norm for Mikkelsen and Surrow they continued to work and battle and tried everything to real in their opponents.

Tseng and Hu took the title with a second set 21-16 win and the Danes will be content with their continued development after a good season to date as one of the circuits best and most improved mixed doubles pairings.

Elsewhere it was Asian domination as Japan walked to gold and silver in the women’s doubles and women’s singles with Chinese Taipei’s Chun & Su lifting the men’s doubles title.

For photos from the finals in Vantaa click HERE