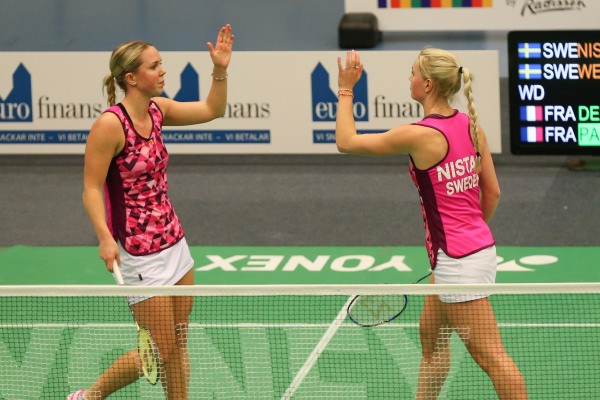 Coming into this year’s Swedish International the home nation occupied four of the top seedings across the five disciplines. After the early exit of Henri Hurskainen the burden of expectation feel onto the shoulders of the rest of the experienced Swedish contingent with their men’s doubles and women’s doubles pairs pulling through to book a pair of final spots.

Richard Eidestedt and Nico Ruponen got the ball rolling for the home nation but the experienced pair were forced to dig deep into their reserves to get through every single round in three games. In today’s semi-final, the top Swedish pair were severely tested by fellow Swede’s Myhren and Nilsson eventually struggling through to reach the final on home turf.

The Swedes will be slight favourites in tomorrow’s final but in no way can they under estimate the challenge of Zinchenko and Abramov as the Russian pair have shown great consistency this past few months and with power to burn will fancy their chances in the final.

Clara Nistad and Emma Wengberg followed suit in the very last match of the day. The Swedes have had an easier route to the final than their men’s doubles compatriots but will go into tomorrow’s final as slight underdogs as new Danish pair Alexandra Boje and Lena Grebak look to have the beating of all before them this week in Lund.

Boje will contest two finals after coming through in the mixed doubles alongside Mathias Bay-Smidt. The Danes, who won the Prague Open in September, are a real prospect for Denmark and Boje will have the opportunity to do the doubles in Lund.

It will be an all Danish mixed final as an inspired Mikkel Mikkelsen led his partnership with Mai Surrow to an easy win over Bastian Kersaudy and Lea Palermo. 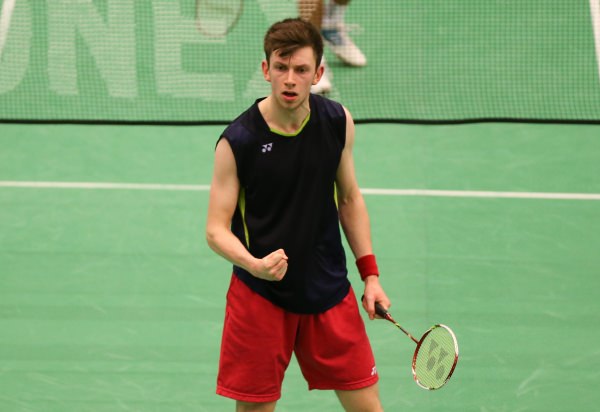 The memory of Tallinn last week will still be fresh in the mind of England’s Toby Penty. A loss there was difficult to take after squandering two championship points but the Englishman has saddled the horse once again this week and has come out fighting en route to the final.

Penty (pictured above) saw off the challenge of Mathias Borg in this evenings semi-final and will now face Swedish based Indonesian Wibowo Setyaldi Putra in tomorrow’s finals.

The women’s singles will be an all Danish final with Mia Blichfeldt just one win away from a title she probably deserves this season on the circuit. Her opponent will be Sofie Holmboe Dahl who ended the run of qualifier and European U17 champion Line Christopersen in this evenings semi-final.