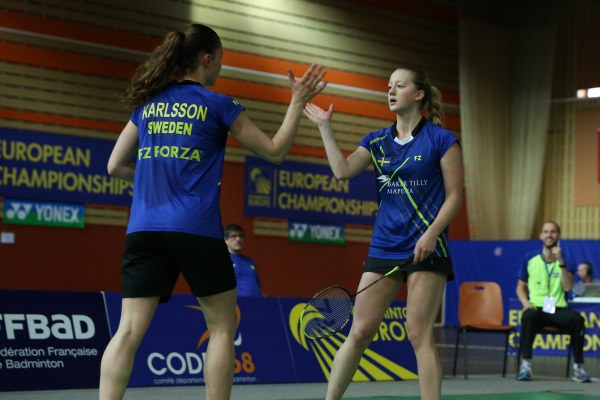 The Victor Dutch International gets underway on Thursday this week and no fewer than 6 medallists from last Sunday’s European Junior individual championships match the trip to Wateringen as they test their junior form on the senior circuit.

Women’s doubles gold medallists from Mulhouse Emma Karlsson and Johanna Magnusson lead the emerging juniors and find themselves in a tough quarter of the draw with a likely quarter final match against Van Der Aar and Jille, the Dutch who on the opposite end of the spectrum will be lucking to put a disappointing junior championship well and truly behind them.

Scotland’s Eleanor O’Donnell, the mixed doubles silver medallists from Mulhouse, renews her doubles partnership with Julie MacPherson and as second seeds the Scots will be fancied to go a long way. Denmark’s Alexandra Boje, one of the European Juniors most successful players of the recent era with 5 medals, teams up with Sara Lundgaard and have a very interesting opening round tie against Pekkola & Nystrom of Finland.

In the men’s doubles Alexander Dunn continues his new doubles partnership alongside Adam Hall. It will of course be very interesting to see how the Scot gets back to business after his Euro junior mixed silver medal. A second round tie against top seeds Dierickx & Golinski will tell if there is any hangover from Mulhouse with the winner of that tie tipped to go a long way in the competition.

Alexander Boje teams up once again with Mathias Bay-Smidt as second seeds in the mixed event and have the mixed doubles winners from last week in Croatia, Victoria Williams and Matthew Clare (ENG) as their likely quarter final opponents. 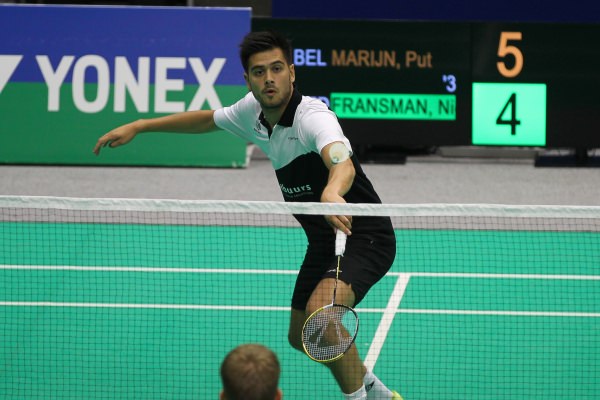 Both Erik Meijs and Nick Fransman (pictured above) go into this edition of their home event as a pair with an outside chance of victory. Meijs is seeded six while Fransman is the third seed for the tournament. Fransman finds himself in the same half of the draw as top seed Indra Bagus Ade Chandra who, based on sheer talent, is the class of the field.

Meijs will come through the bottom half of the field and waiting for him will be second seed Kalle Koljonen who showed good form on home courts in Finland just two weeks ago. The most interesting match in round one is the match up of last weeks’ men’s singles winner in Croatia, Kasper Lehikoinen of Finland, and one of the big finds of this seasons Victor Svendsen of Denmark.

The Netherlands will also look to European junior men’s singles bronze medallist Joran Kweekel to work his magic on home soil. The Dutchman will be certainly one to watch for the future but this week has the tough challenge of dealing with qualification before any desires on main draw domination can enter his mind.

For all historical winners of the Dutch International click HERE