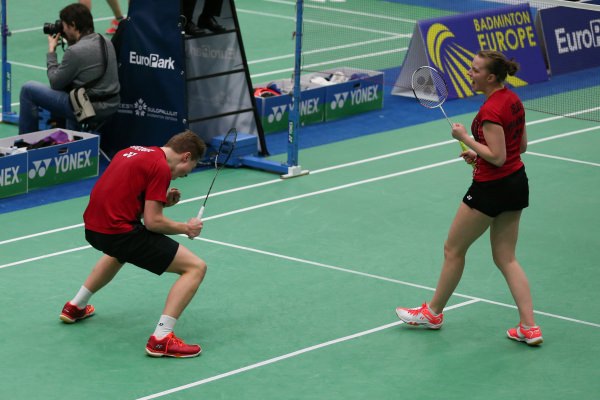 Top French U19 pair Delphine Delrue & Thom Gicquel beat compatriots and winners of the Italian International, Anne Tran and Jordan Corvee this evening to reach the quarter final of the Estonian International and in doing so send out a strong signal to the rest of Europe’s U19’s with the 2017 European Juniors just around the corner.

The young French pair took just 30 minutes to see of the challenge of their senior International Challenge winning compatriots coming through in two games to book their quarter final spot.

Delrue & Gicquel will go into tomorrow’s quarter finals match as favourites against Swedish/Danish combo Irina Amalie Andersen and Jacob Nilsson and judging by their form today the young French pair have what it takes to at least make the podium this week in Tallinn.

France have advanced three pairs to the mixed doubles quarter final stages with top seeds Lea Palermo/Bastain Kersaudy and Eloi Adam/Vimala Heriau joining Delrue & Gicquel as we head into the business end of the tournament. 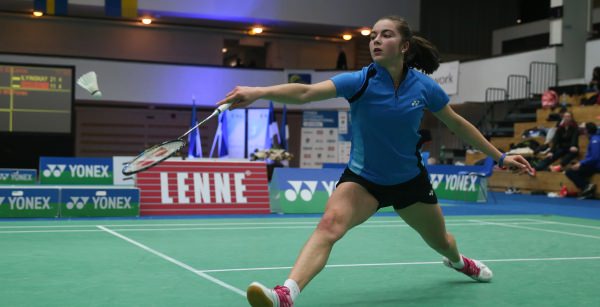 Ilyinskaya comes of age in Tallinn

Marina Ilyinskaya (pictured above), who turns 18 in March, finally let loose on the senior circuit coming through two tough rounds to make the quarter finals of the women’s singles. The Ukrainian who had a tough 4 in a row tournament spell before Christmas with some character building loses, looked a seasoned senior this new year in Estonia with the lessons learned at the end of 2016 put to good use in a tough women’s singles draw.

Ilyinskaya did not drop a set in her two rounds played today and her two-game win over Getter Saar sets her up nicely heading into a quarter final match against Russian Evgeniya Kosetskaya.  There was double reason to celebrate for the young Ukrainian as she and partner Anna Mikhalkova came through two tough women’s doubles matches to make it two quarter finals from two events for Ilyinskaya.

Agnes Korosi also continued her improvement under new Hungarian national coach Alan McIlvain. The Scot appears to be working wonders in his new role and Korosi is certainly enjoying and reaping the benefit of the Scots knowledge.

The Hungarian will play Delphine Lansac in tomorrow’s quarter final and will be the underdog after the French woman blitzed her two opening rounds on her return to the circuit after 5 months out after the Olympics.

France will also look to Marie Batomene to keep her good form going and after a trip through qualification looks to be showing no fatigue as she heads towards her best singles result in a long time.

In the men’s singles home hero Raul Must continued on his merry way as top seed making the quarter finals with a two-game victory over Alexander Roovers of Germany.

“I knew the percentage level I needed to put out on court against Alexander as I know him a long time. It was certainly not my best match ever but of course I am happy to win and be in the quarter final here at home”

Helina Ruutel & Kristin Kuuba got their women’s doubles campaign off to the perfect start winning their second round match after a first round bye. The Estonian third seeds are looking to repeat their final appearance from last year as they look ahead to a possible semi-final meeting with top seeds Mitsova and Nedelcheva of Bulgaria.