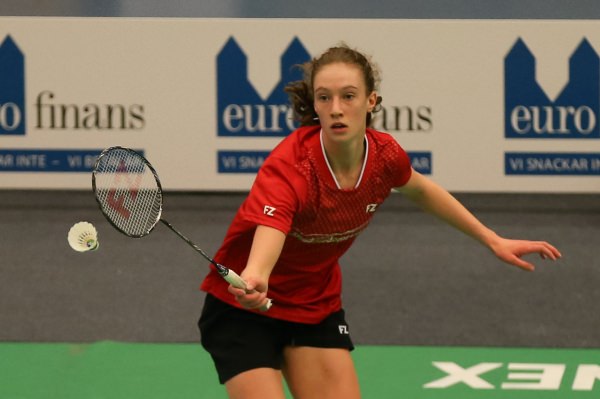 Qualification got under way today in the new home of the Swedish International and Denmark’s European U17 women’s singles champion Line Christophersen of Denmark lit up Lund en route to tomorrows main draw.

Christophersen along with many of Denmark’s European U17 team from last year are in Sweden this week as they build towards the European U19 championships coming up in April in France. Christophersen dropped just 28 points in total across her two qualification games and now moves to the main draw where she will play Katia Normand of France.

Sweden to had a lot to cheer about in the women’s singles qualification with a quartet of players making the main draw. Emma Karlsson looks the real deal with every passing year and joining her in the main draw is Ashwaiti Pillai, Frida Lindstrom and Rebecka Kuhl. 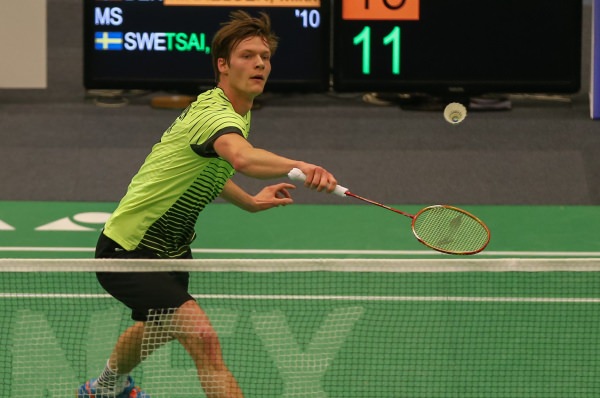 Mathias Wigardt has been around the circuit a long time and after a run through qualification in Estonia last week the 30-year-old Swede made it two qualification successes from 2 after another impressive performance today on home soil.

Three matches won in straight games sets the Swede up for a first round encounter with second seed Kim Bruun tomorrow.

French junior Arnaud Merkle also impressed today as he settles into senior life. After an early three set scare against David Kim the young Frenchman won his remaining two qualification round matches with ease to book a first round spot against Felix Burestedt of Sweden.

Indeed, it proved to be a bumper day for the French men’s singles qualifiers with both Vincent Medina and Jocelyn Deschamps also battling through qualification to make the main draw.

Mikkel Mikkelsen was another that was expected to negotiate a turbulent men’s singles qualification draw and the Dane (pictured above) made light work of his three matches coming through without dropping a single game.

Mikkel Elbjorn of Denmark returned to the circuit after a three year absence to qualify in the mixed doubles alongside Christine Busch Andreasen. Denmark wiped the board in that mixed doubles qualification draw with only Louise Eriksson making it through for the home nation alongside Danish partner Andreas Hoffmann.