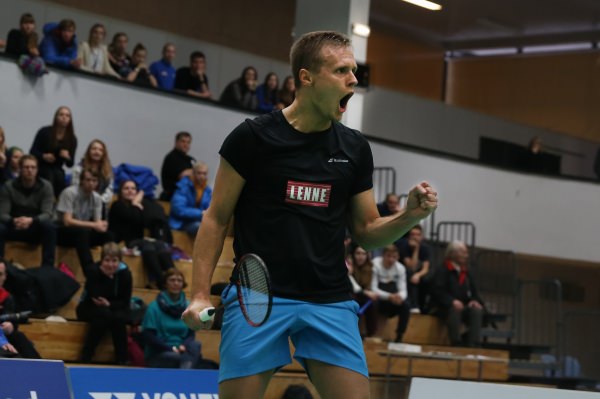 It was a case of third time lucky for home hero Raul Must who bagged his first Estonian International title this afternoon in Tallinn after two previous attempts. The Estonian number 1 beat Toby Penty of England, himself a former finalist in Tallinn, to claim the title in a thriller that saw Must save two match points in game two.

Penty had some slow starts this week in Tallinn but got out of the blocks quickly in today’s final taking the opening game 21-16. In the second the Englishman looked to be in the driving seat leading 19-17 but it was Must who got to game point first with three consecutive points.

The Englishman then had two opportunities of his own to close out the match at 21-20 and 22-21 but it was Must, backed by the large home support, that held his nerve to take the match into a deciding set.

With the momentum now on his side the Estonian went on to do what he had failed to do on two previous attempts and lift his home international title to delight of the home crowd.

In the women’s singles Delphine Lansac marked her comeback to international badminton after a five month break through injury to claim an early 2017 title defeating Kzenia Polikarpova of Russia in the final in two games.

“It is a great start to the year. I have come back with more motivation and also very fresh after being out since the Olympics” said the French number 1 in her post match interview 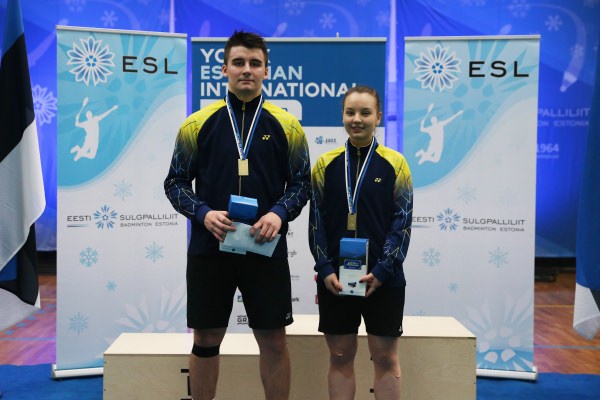 It was the young Russian pair, who will be one of the big favourites to land the European Junior title in France in a few months’ time, that showed all the composure in their first big senior final as they blitz and completely out of sorts Yartzev and Kosetskaya in particular.

There was a double for France as Julien Maio and Bastian Kersaudy landed the men’s doubles title in a most entertaining match against Finns Aarnio and Heino while Petya Nedelcheva and Mariya Mitsova did what everyone expected them to do and eased their way to the women’s doubles title taking down Lea Palermo and Delphine Delrue.

For all results and scores from today’s finals click HERE