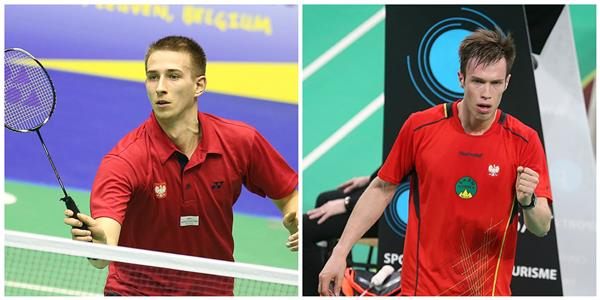 The 2015 edition of the Polish International moves from its traditional location in Lubin to its new home in Bierun in the south of Poland close to the Slovak and Czech Republic borders nested between the cities of Krakow and Katowice. The international series rated tournament marks a real opportunity for some home grown talent to excel none more so that Adrian Dziolko & Michal Rogalski in the men’s singles.

The Polish pair are seeded 1 and 3 but will need to improve on recent form to lift the title on home soil. Dziolko was runner up in Lagos at the beginning of the summer but has failed to shine so far this new circuit season. Rogalski likewise had early exits in both Ukraine and Belgium last week and will be keen to improve in front of his home crowd.

Fabian Roth of Germany will pose a big threat to the home challenge but the most likely challenge is sure to come from young Malaysian Joo Ven Soong and the winner of the Belgian International last week Anders Antonsen of Denmark who will endeavour to go back to back all from qualification.

The home team will also harbour visions of victory in the men’s doubles, a traditional strong discipline in Polish badminton. Poland have been experimenting with some new partnerships recently by splitting Skzudlarczyk & Moren. The experience of both now being dispersed with younger partners who should figure at the business end of the tournament this coming week.

Rising Danish star Mia Blichfeldt will lead Europe’s women’s singles challenge in Bierun but like the men’s singles the main threat will come from the visiting Malaysians who have been playing the circuit this past few weeks.

15 year old Jin Wei Goh was an impressive winner in Belgium last week coming from qualification and she will be without doubt the hot favourite to win from qualification in Poland. The Malaysian destroyed Blichfeldt in the second round in Belgium which is sure to act as a huge motivation for the young Dane to exercise some on court revenge.

England’s Panuga Riou will also be one to watch on her return from injury and as a previous winner who would bet against the English women winning once again in Poland.

England will also feature heavily in the women’s doubles with a trio of pairs vying for the top spot of the podium. Powell & Hopton will join Birch & Pugh and third seeds Moore & Williams in Poland while Madsen & Nielsen from Denmark will fancy their chances in taking down the travelling Malaysian squad.

In the mixed doubles Poland will look to third seeds Pietryja & Wojtkowska for glory after they impressed at the European Games in Baku earlier in the summer. The young Poles have settled well into senior life and will be a force on home soil this week.

All the action kicks off on Thursday 17th September with the qualifications rounds with the finals scheduled for Sunday 20th September.