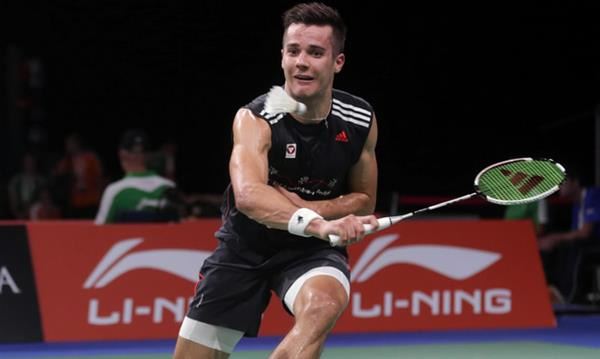 From 18 to 21 February, the Austrian Open will be held in the “Wiener Stadthalle”. The Austrian Badminton Federation is the organizer, WBH Vienna acts as host of this International Challenge event. 248 players from 38 nations take part, including 21 Top-50 players.

Top seed in the men’s singles is number 33 in the world, NG Ka Long Angus of Hong Kong. The Austrian Olympic hopes of David Obernosterer, Luka Wraber and Matthias Almer want to use the opportunity to shine on home soil and create surprises.

In the women’s singles, Beatriz Corrales of Spain is the top seed (WRL-24). Austrian’s biggest hope is reigning national champion Elisabeth Baldauf. In the men’s doubles Canadians Adrian Liu/Derrick Ng are number 1 of the tournament. From an Austrian perspective, the focus will be on Jürgen Koch and Peter Zauner and Roman Zirnwald/Dominik Stipsits.

In the women’s doubles, the sisters Gabriela and Stefani Stoeva from Bulgaria top the list of seeds. They are defending champions from last year’s edition. Austria’s highest ranked pairing in this tournament is the duo of Sonja Langthaler and Nina Sorger. In the mixed doubles Vitalij Durkin and Nina Vislova from Russia are the no.1 of the seeding list.

There will be a special exhibition match on Saturday. Former world number one and five time European Champion Peter Gade plays on the final day, February 21, at around 18:00 CET against Michael Lahnsteiner, who took part in 2012 Summer Olympics in London. It’ll be the final match of Lahnsteiner’s badminton career.

„With nearly 250 badminton players from over 35 different countries the Austrian Open is one of the biggest events on the Badminton Europe circuit. This shows that international badminton enjoys a special status here in Austria“, says the President of the Austrian Badminton Federation, Harald Starl.

„The tournament preparations went according to plan. The entries result is satisfactory, although there were some withdrawals of high-seeded doubles and mixed duos. I expect many spectators, especially for the finals day when we will have the exhibition with Peter Gade. For the Asian players, the Austrian Open is an ideal tournament to prepare for the next three big tournaments Yonex German Open, Yonex All England Open and Swiss Open“, says tournament director Ewald Cejnek, who is not only happy about the large number of players, but also about the quality of the field.