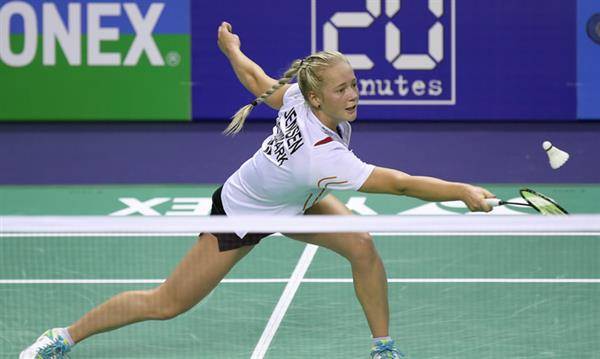 The Yonex Hungarian Open kicks off today at the Budaörs Sportshall. The Thursday matches include only matches of the qualification stage. The 5.000 US Dollars event is the last international tournament where the experimental scoring system 5×11 is being used.

Even the weather has been turned into a nice one when the Badminton Europe circuit express stops at the 39th Yonex Hungarian Open in Budapest. 220 players from 34 nations — that’s the figure the local fans and organizers like a lot. European and Far-Eastern strong holders are represented in the event like Denmark, England, Malaysia, Thailand, Sweden, Netherlands or France.

Although there were some withdrawals from the tournament still there are some shuttlers in the waiting list in men’s & women’s singles event.

In the men’s doubles, top seeds Croatian Durkinjak /Hoelbling will have strong English, Danish, French or Turkish opponents meanwhile the Russian Khlebko/Komendrovskaja duo in women’s doubles must do their utmost against a lot of eager youngsters in order to reach the final.

In mixed doubles the hot favourites is the first seeded Czech pair, Bitman/Basova — their strongest challengers should be Danish Ludvigsen/Surrow or Belgian Marcoen/Vandenhoucke.

There will be live streaming on Saturday and Sunday — so stay tuned!

Click here for all results of the Yonex Hungarian Open.