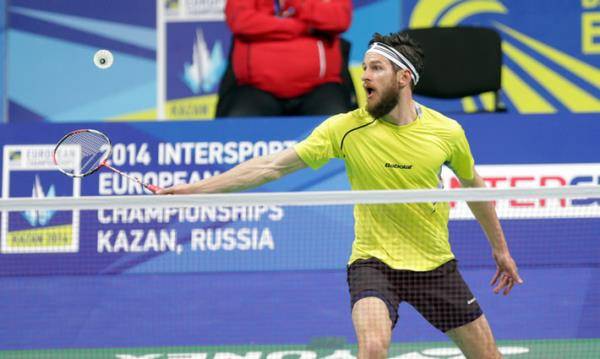 The 4th edition of the Hazor International takes place from October 23 in Kibutz Hatzor, Israel, which is located near the road from Jerusalem to the port city, Ashdod. The competition is a Badminton Europe Circuit event and offers a total prize money of 5.000 US Dollars.

The winner of the 2013 women’s singles category, Telma Santos of Portugal (167 in the world rankings), will try to retain her title, she is expected to face most likely the top seed Laura Sarosi of Hungary (116) and Kate Foo Kune of Mauritius (137) on a possible way to the final.

Blagovest Kisyov of Bulgaria (137) is the top seed of the men’s singles event.  Kęstutis Navickas of Lithuania, who reached the quarter-finals of the Yonex Dutch Open a couple of weeks ago, is the hot favourite to take the men’s singles crown. The top Israeli player Michael Zilberman is unfortunately not taking part in this year’s event, but the young Ariel Shainski, number two in the recently held National Championships, will try to prove in front of the local audience that he can deliver on the international stage as well.

Since the first historical appearance of Michael Zilberman in the 2012 Olympic Games in London, as the first Israelian in the badminton games, the sport of badminton in the country became much more popular, and the young players got more ambition to immitate Zilberman’s achievements, so there will be lots of local players, who will be eager to surprise players from the 11 countries taking part.