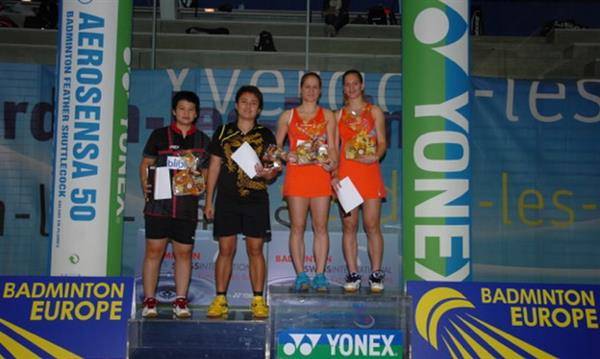 Badminton is a world wide sport and this was proven again during the 2014 Swiss International (15.000 US Dollars) in the city of Yverdon-les-Bains, the «Badminton-capital » in the french speaking part of Switzerland.

Both titles in the singles event went to badminton power-house Indonesia. Young Indonesian hope Jonatan Christie (17 years) and Hanna Ramadhini (19 years of age) had to go over five games to win the tournament’s title. On his way the to the title Christie beat international top player such us Yonex German Open champion Arvind Bhat of India and his more experienced compatriot Andre Kurniawan.

Peter Gabriel Magnaye/Paul Jefferson Vivas of the Philippines had the luck to beat the French duo of Baptiste Careme/Ronan Labar 11-10 in the fifth game to take the title.

Ronan Labar was the loser in men’s doubles finals, but in the finals of the mixed doubles he had beaten together with his french team mate Emilie Lefel last year’s winners from Russia, Vitali Durkin/Nina Vislova in three games. 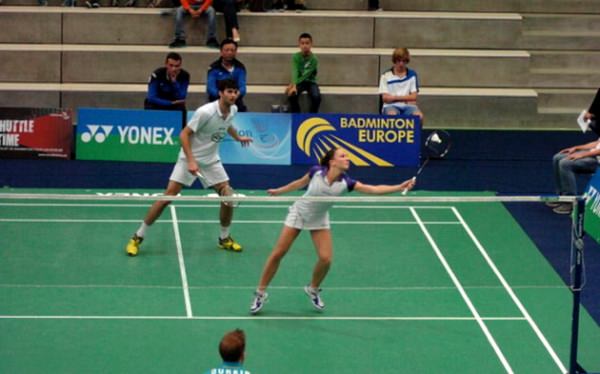 The Bulgarian sisters Gabriela and Stefani Stoeva played tactically a good match against strong ladies Meiliana Jauhari/Aprilsasi Putri Lejarsar Variella from Indonesia. The Bulgarians let the Asian duo move a lot on the court and did find the right tactical solutions.

Swiss number one shuttler Sabrina Jaquet unfortunately had to play against the eventual runner-up from Indonesia in the quarter-finals. Jaquet had a match-point in the fourth game before she was physically out-powered by the eight years younger Hanna Ramadhini. Nicole Schaller lost to Dinar Dyah Ayustine of Indonesia in three games.

The tournament was held for the third time in the city of Yverdon-les-Bains and thanks to the support of the Sport-Service of the city, a big numbers of helpers from the club and the sponsoring of YONEX, it was again a successfull event. See you in 2015.

Click here for the full results of the 2014 Swiss International.

Article and photos by Michael Dickhäuser for Swiss Badminton.