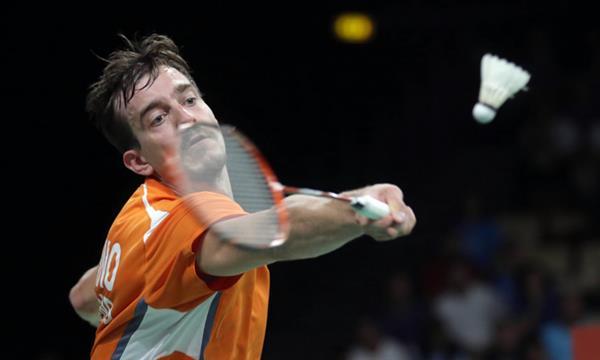 The 2014 Yonex Finnish International starts on Thursday the 20th of November in Helsinki. Hosted by the oldest badminton club in Finland, 70-year celebrating Helsingfors Badminton Club, the price money is 5500 US Dollars. The International Series event will take place in the Ruskeasuo Sports Hall in Helsinki

Finland’s Eetu Heino is top seeded in the men’s singles (90th on BWF world rankings) and is achieving to claim his second international title. The first came when he won the White Nights tournament in Russia in 2013 after defeating his fellow Finn Ville Lång in the finals. This time, Lång is playing in the Scottish Open Grand Prix in Glasgow and will not stand in Heino’s way. But there are some others. If Heino wants to reach the finals he must most probably win over the other seeded players Steffen Rasmussen, Marin Baumann and Artem Pochtarev.

On the other side Ukraine’s Valery Atraschenkov is the 2nd seed having been as best 55th in the world (and number 17 in the mixed doubles). Finland’s Kasper Lehikoinen stands a chance of reaching the final if he manages to find the same brilliant touch as earlier this year when he celebrated the victory of the Lithuanian International.

And – not to forget – there is a lot of young Danes reaching for the men’s singles title as well. As a saying in Finland goes: there is no more dangerous player than an unknown Dane.

As number 62 on the ladies’ singles world rankings, Olga Golovanova of Russia is the highest ranked player in the Finnish Championships. Anna Rankin is not only 2-seeded, but as well the player coming from furthest away, her home country being New Zealand. While in men’s singles a few of the top Finns are away, the situation is quite the opposite in the women’s singles. Nanna Vainio is seeded third and is backed up by 2014 Iceland International winner Airi Mikkelä and 2013 Finnish national champion Sonja Pekkola, as well as Estonian Karoliine Höim. All four players having fairly good chances of winning some matches.

The men’s doubles seem a pretty open affair, but if one would have to put some money in steak, one would put for a Danish pair. The standard is not so high, and the title is up for grabs for a lot of pairs. Poles Milosz Bochat and Pawel Pietryja enter the tournament as top-seeded, Bochat having a silver medal from last weekend’s Norwegian International to defend. Pochtarev and Gennadi Natarov from Ukraine are 2-seeded in a draw that seems close to impossible to predict.

If the men’s doubles might be a Danish affair, the ladies’ doubles could be a fight between Russian pairs. Victoria Dergunova and Olga Morozova are top-seeded, while you’ll find names as Irina Khlebko/Elena Komendrovskaja and Golovanova/Victoria Slobodjanuk on the other side. A fact that might prove harmful for 2-seeded Finnish pair Jenny Nyström/Mathilda Lindholm.

The mixed doubles draw looks interesting with a few favourites, among them two Ukrainian pairs: Natarov/Julia Kazarinova and Atraschenkov/Yelyzaveta Zharka. Germans Jones Rafli Jansen and Cisita Joity Jansen have been 82nd in the world and offer a good alternative to the Ukrainians, as do the Polish players Pietryja and Agnieszka Wojtkowska – the latter’s record-high being number 26 on the world ranking list. Also Russia look strong in the mixed doubles category with two seeded pairs: Rodion Kargajev/Ekaterina Bolotova as number two and Alexandr Zinchenko/Morozova as number four.

Click here for all results of the 2014 Yonex Finnish International

Article by Jesper von Hertzen. All photos by BadmintonPhoto.